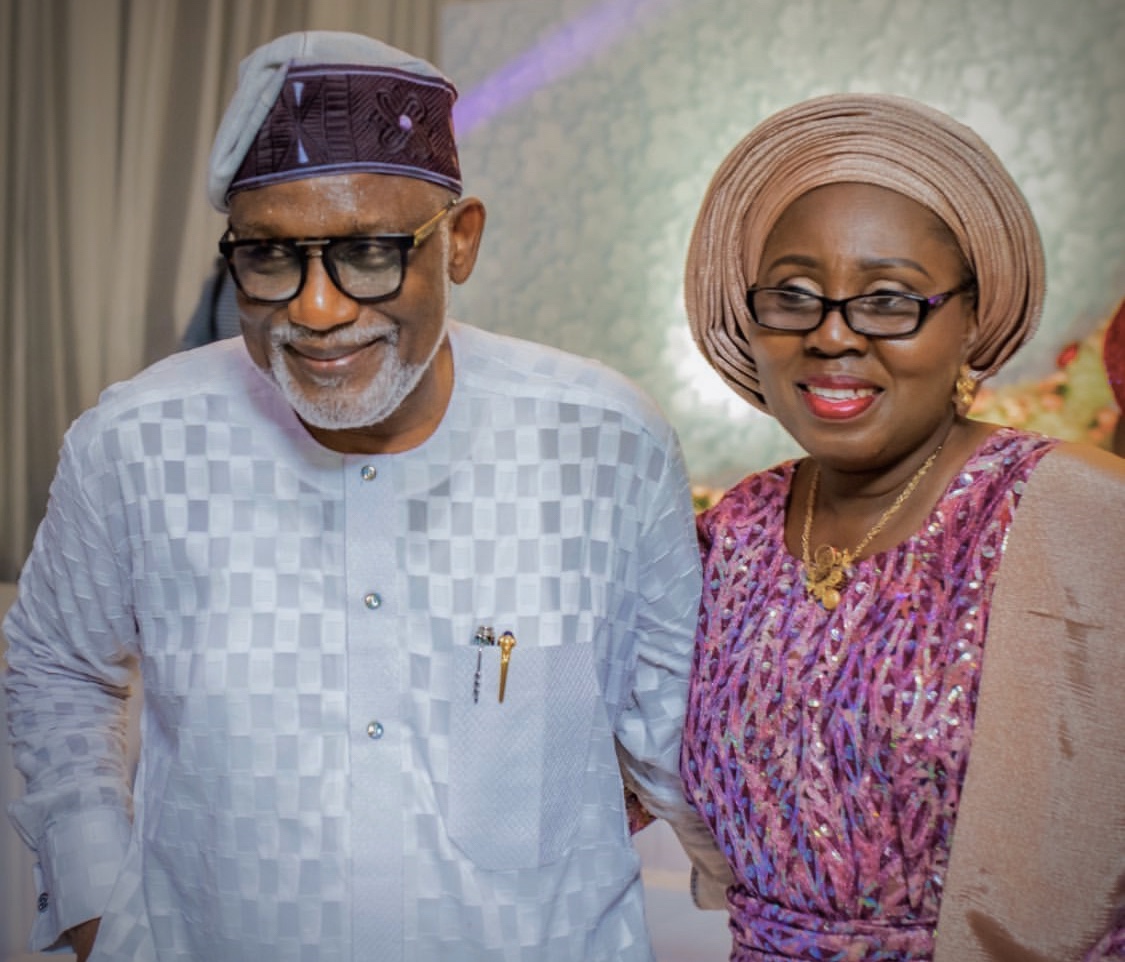 Governor Rotimi Akeredolu of Ondo State on Sunday vowed to sue anyone alleging his wife and family members were running his government.

Speaking during the debate for governorship candidates ahead of the weekend election, Akeredolu firmly denied claims that his wife, Chief (Mrs.) Betsy Akeredolu and his family members had various roles in the government

His denial follows claims that Mrs. Akeredolu and her relatives from Imo State were dominating the running of government and contracts in the state.

The News Agency of Nigeria (NAN) reports that Agboola, who is the present deputy governor, decamped to ZLP from the PDP after first switching from the APC.

Mr Akinwumi Abodunde, the moderator, said that the four political parties were invited for the debate, explaining that only two parties were present at the programme.

“We invited candidate of APC, PDP, SDP and ZLP for this debate and none of the candidates showed any sign that he will not attend as at one hour to the programme.

Akeredolu, while responding to the questions, denied the allegation of running a family government, saying that he ran a transparent government.

The governor said that his wife was not a commissioner, neither did any of his children hold a post in his government.

Instead, he said that his wife “has been helping the women of Ondo State through the “BRECAN Initiative”.

“Let anybody that has evidence that anyone of my family is a consultant in the government come out.

“We will sue anyone that lies against my family,’’ he said.

He, therefore, called on his supporters to shun any act of violence during the governorship election scheduled to hold on Oct. 10.

Also, Mr Eyitayo Jegede the PDP candidate, promised to run a transparent government if elected, cautioning his supporters against violence during the polls.

“There is nothing to be gained by violence which is why I make sure I report to the Police when such happens.

“This state must have respect for peace and order.

“I plead with our young men not to go near violence, and our leaders must discourage violence,’’ Jegede said.

Similarly, Mr Peter Fasua, the SDP candidate urged the youths not to die for any politician in the name of an election.

“Anybody that dies while perpetrating violence has lost his life for nothing. Please don’t waste your life for anyone during this election period. We, the candidates, are always with our security and are safe.

“Don’t allow yourselves to be used for violence,’’ Fasua said.