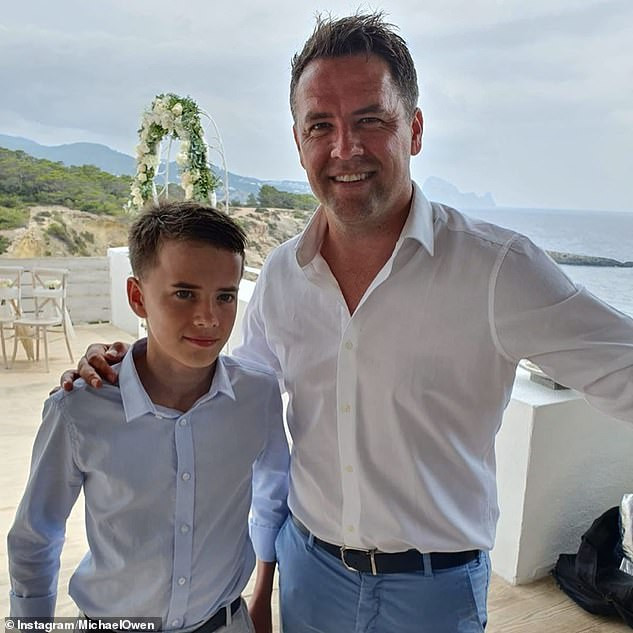 Former Real Madrid, Liverpool, Manchester United and Newcastle striker, Michael Owen has revealed that his 13 year old son, James Owen, suffers from a degenerative eye condition and will never be a footballer like he was.

Owen, talking about his son’s condition for the first time, has three daughters as well with wife Louise, told  The Times .

”He will never be a footballer. My son’s got an eye condition,’ he told. ‘I’ve never said this. I don’t want a big headline.

‘Clinically, he’s blind. He’s got Stargardt disease, a degeneration of his retina. I used to go and watch him and bollock him about his positioning.

‘He can’t see the ball until it’s five yards away. As much as every father wants their son to play, it is almost a relief to me.

‘Everyone always asks, “Is he going to be a footballer” and then I stand on the side of the pitch and hear, ‘He’s not as good as his dad.’

‘I’d go to school and know I could run rings around everyone else. If we played football at playtime, when I got to 12, 13, I wouldn’t even try for the embarrassment of being too good for them.’
Owen currently works as a TV pundit and just released a new book on his life as a footballer.

My father’s Military superiors disciplined me while growing up’ – Leicester city star, Wilfred Ndidi talks about his humble background