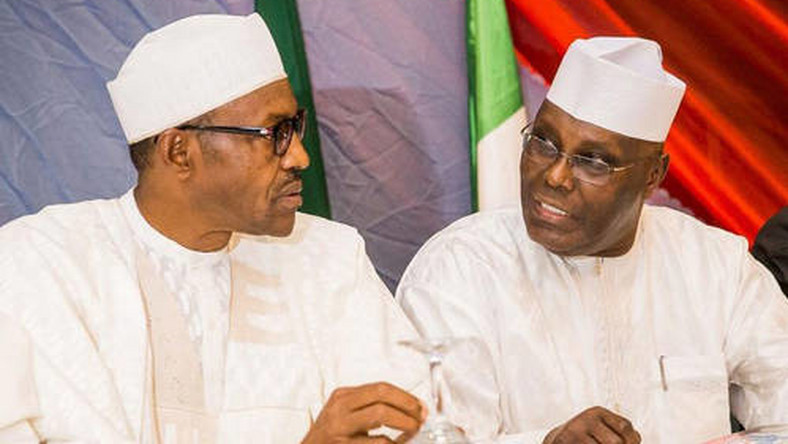 Nigerians are about to witness an unusual contest as they go to the polls to decide the next President of the country from May 29, 2019.

As it were, despite the deluge of presidential candidates across the political parties, the presidential contest is clearly between the candidate of the All Progressives Congress (APC), President Muhammadu Buhari and that of the Peoples Democratic Party (PDP), Alhaji Atiku Abubakar.

Indeed, both President Muhammadu Buhari and former vice-president Atiku Abubakar have going round the 36 states of the country and Federal Capital Territory (FCT), Abuja to intimate voters of their programmes for them if they win the election.

While President Buhari is seeking re-election to continue his “anti-corruption war and the development of the country through various economic programmes and completion of inherited projects, Alhaji Atiku Abubakar wants to become the president “to make Nigeria work better and give the people a better sense of belonging.”

The level of preparations of the two gladiators is for the records.

The APC, on its part, has made it a point of duty to tell the people that the economic hardship being currently experienced is due to the ‘bad leadership provided by the PDP in the past.”

They insisted that President Buhari would deliver if given a second chance and that the masses have to suffer for the “misrule of the past” before they could start enjoying.

This is what Buhari has been selling all over the country and the shout of “Sai baba” is heard loudly in all the places, where Buhari has gone for campaign.

The PDP is however, informing Nigerians that Buhari has not been able to fulfill his campaign promises to the people.

While the party has apologized to Nigerians for whatever infractions it has done in the past, they are saying that they have the joker to the development of the country.

They pointed out that President Buhari has been paying lip service to the fight against corruption and that he is surrounded by corrupt people despite the belief that he is incorruptible.

According to the PDP, Alhaji Atiku Abubakarhas the magic wand to the problems confronting the country and he is experienced enough to make things work.

The party is also capitalizing on the health challenges of President Buhari to campaign for a change of leadership.

Nigerians are now divided between the two politicians and people point to the crowds that at the campaign ground of each of the two candidates across the country.

While some are saying Buhari has an upper hand, others are giving it to Atiku.

The situation now is that there is anxiety in the land over who wins the February 16, 2019 Presidential Election between President Muhammadu Buhari and Alhaji Atiku Abubakar.

Observers are calling for a free and fair election as the PDP has accused Yakubu Mahmood-led Independent National Electoral Commission (INEC) of showing support for the incumbent President Muhamadu Buhari.

Some analysts have even done their calculations in the six geo-political zones, and there have been several opinion polls to determine, who wins the forthcoming presidential election in the country.

As the time ticks for the much-awaited polls, Nigerians are eager to know if President Muhammadu Buhari would be given a chance to continue what he has been doing or if Alhaji Atiku Abubakar would be given an opportunity to get to an office he has been yearning for over the years.

According to a Nigerian, who simply gave his name as Felix, ‘this is going to be the most keenly contested presidential election the country has ever witnessed. It seems the supporters of both President Muhammadu Buhari and Alhaji Atiku Abubakar are almost equal in number.

‘The contest appears to be 50-50, but definitely somebody would win and I cannot tell where the swing would fall.

‘But head or tail, Nigeria would be ruled by a northerner come 2019 and we pray that the winner would be the one that can take the country to the Promised Land.”

There is no doubt that clock is ticking for the presidential polls and Nigerians are eager to go out enmasse “to vote for the man that would take us out of the woods and restore the lost glory of the erstwhile big brother of Africa.”