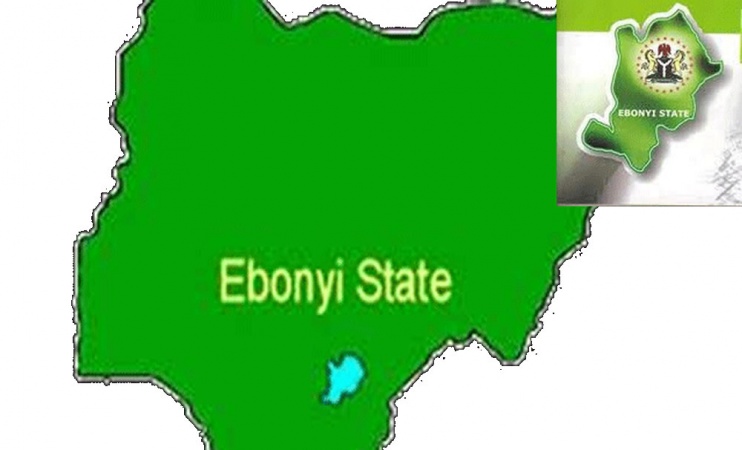 The dead body of a 35-year-old nursing mother, Mrs. Idenyi Ebere Ukamaka, was at the weekend discovered in a drainage behind Enugu North Mass transit park along Afikpo road Abalaliki, the capital city of Ebonyi State.

The deceased, popularly known as Mama Ebuka and nursing an 11 days old baby, was said to have been murdered by suspected assassins with parts of her body burnt to ashes.Confirming the ugly incident, the Police Public Relations Officer (PPRO) in the state, Odah Loveth, said the team, led by the DCO Kenneth Owo, visited the scene of incident and the remaining body parts have been deposited at the mortuary for autopsy.

According to her, at about 12noon of January 12, one Idenyi Festus, male, of No. 11 Awolowo street Abakaliki, reported at the station that at about 4:00a.m. of the same day, his wife, a nursing mother named Idenyi Ebere Ukamaka, left her 11 days old baby in their residence for early morning prayer at St. Theresa Catholic Church Abakaliki.

“The woman did not return and he searched for his wife on that day to no avail but at about 9:00a.m. of January 13, he found her dead body in a gutter behind Enugu North Mass Transit. He said his wife after being killed was also burnt, adding that it was through her head that didn’t burn that he was able to recognize his wife.

The late Ukamaka left her home at No. 11 Awolowo street, around Water works road to St Theresa’s Catholic cathedral last week were she said she wanted to have some spiritual meditation in the chapel only for her body to be found mutilated and burnt in a drainage.A source told our correspondent that the family members after discovering the lifeless body immediately went to their village in Izzi local government area of the state to report the ugly incidence to the elders of the family.