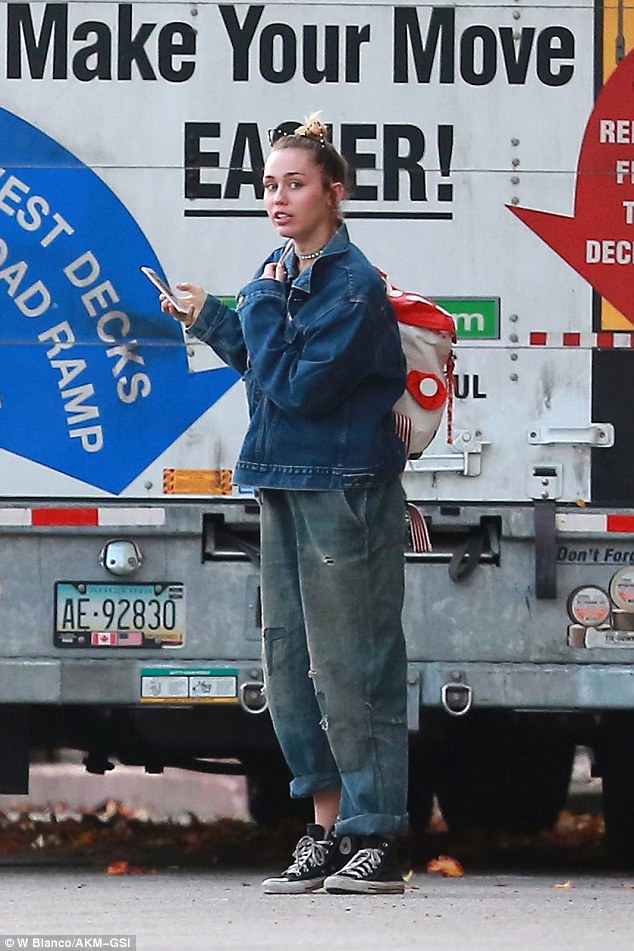 They only got ‘re-engaged’ a few hours ago.

And already Miley Cyrus has had a moving truck parked outside Liam Hemsworth’s house.

The 23-year-old turned up at her former – and possible current – fiance’s home on Friday in a U-Haul self-mover truck. 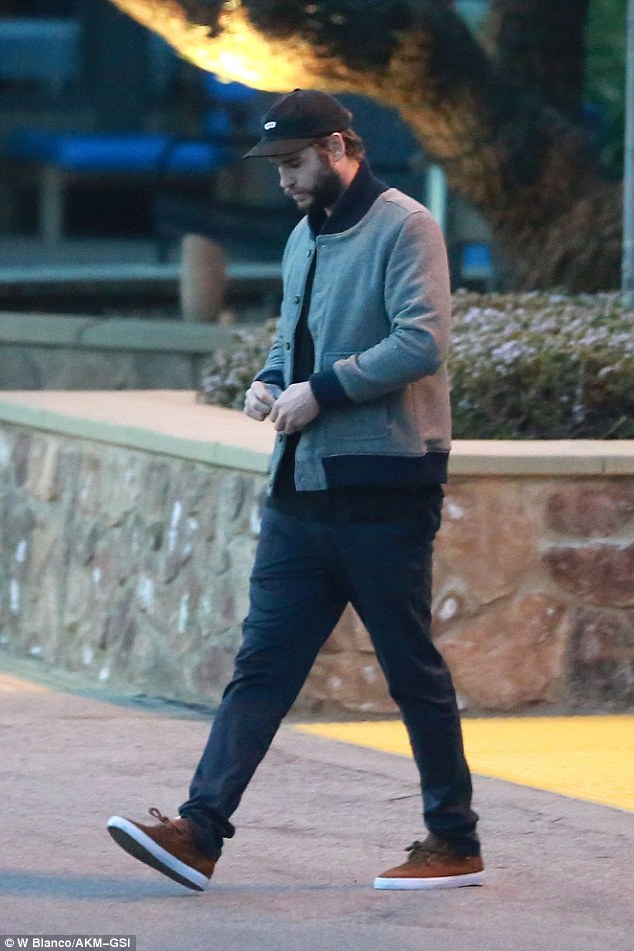 Rumours the pair had rekindled their engagement burst aflame on Sunday when the singer was spotted wearing a sparkler on her ring finger, a sparkler that looked strikingly similar to the one the 26-year-old Australian hunk had proposed to her with in 2012.

Despite being able to afford an army of movers, the singer turned up at the actors door looking ready to do some heavy lifting herself.

She wore a well-worn pair of black Chucks, a manky old pair of denim dungarees and an ill-fitting denim jacket. 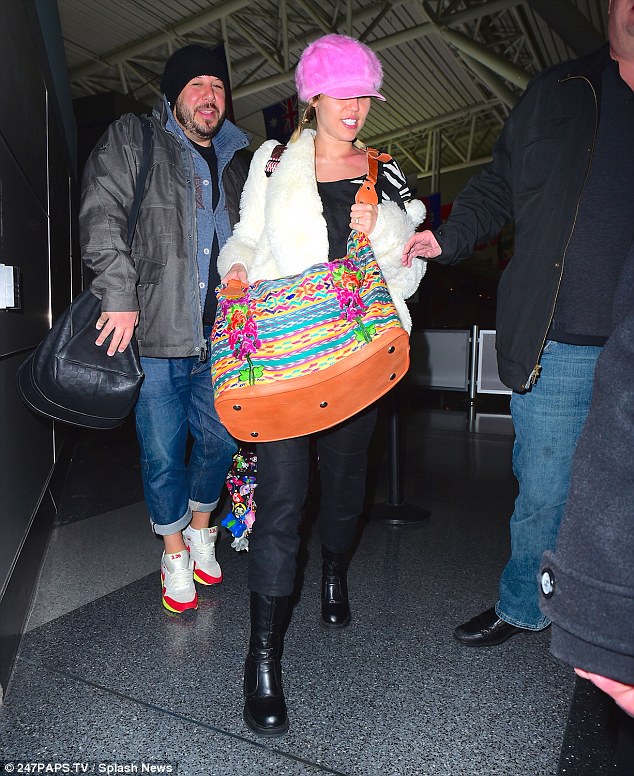 She went make-up free and tied her hair up in a tight knot.

The popstar had in tow two male friends, between whom she sat in the cab of the truck as they arrived.

Liam looked a little less ready for manual labour as he emerged from his house, wearing brown trainers with navy slacks, and a short grey jacket with a black baseball cap.

It’s not clear if the two even interacted while there, nor did they seem to utilize the truck to actually move anything.

Miley was seen fiddling about on her phone while outside his home, but the reported couple were not spotted together.

The trio then headed off in the 15″ rental – normally hired to move two-bedroom apartments.

Miley and Liam first started dating in 2009 when they met on the set of The Last Song, and dated on and off for the next three years until they finally jot engaged in June 2012.

The couple lived together in LA for a further 14 months before they split in September 2014, both insisting they remained close friends.

On Sunday Miley gave the first hint that things may be seriously back on when she jetted into New York once again wearing the engagement ring the Hunger Games star had given her.

They had also been spotted enjoying The Falls Festival in Australia’s Byron Bay over the new year.

On Wednesday UsWeekly claimed they were back on for sure as claiming they were ‘kissing and holding hands’ at a January 8 Golden Globe party thrown by CAA at West Hollywood’s SoHo House.

Will Smith Breaks Silence About Jada Pinkett Smith’s 2016 Oscar Boycott: ‘This Is So Deeply Not About Me’

Actor Morris Chestnutt Just Got AIRED OUT . . . By His Alleged Son . . . Claiming Morris Is A DEADBEAT DAD!! (Full Story)