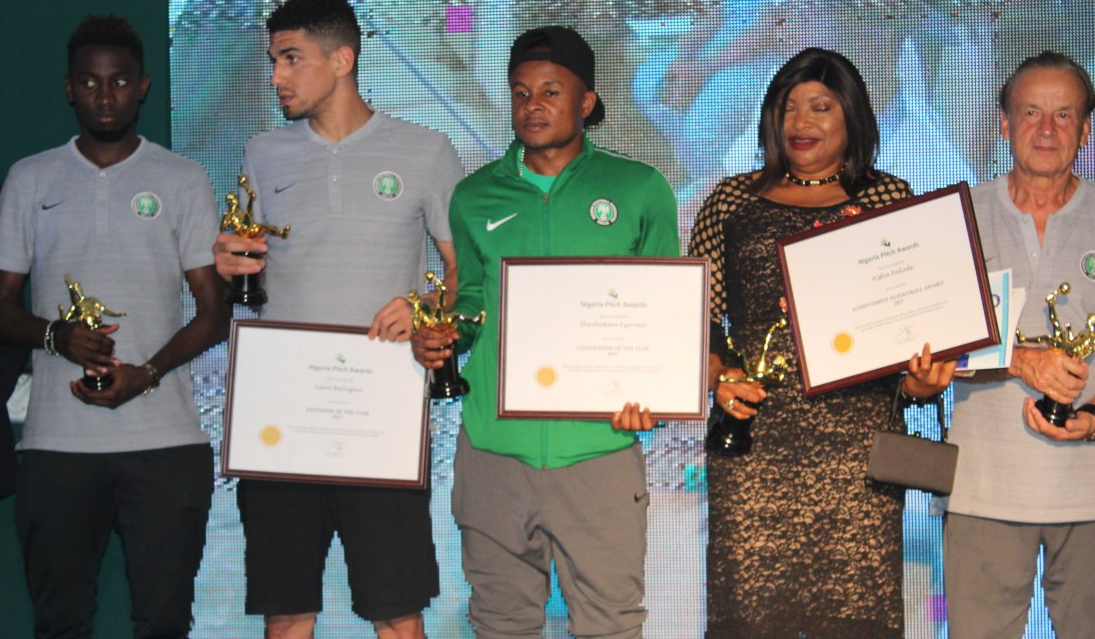 The Nigeria Pitch Awards rewards Nigerian players who distinguish themselves.

In the 2017/2018 edition which held in Port Harcourt, Super Eagles captain, John Mikel Obi, however, missed out to win the best midfielder of the year award as Leicester City midfielder, Wilfred Ndidi won it.

Ferdinand Udoh – Referee of the Year.

Confusion as APC insists Dino Melaye has not defected