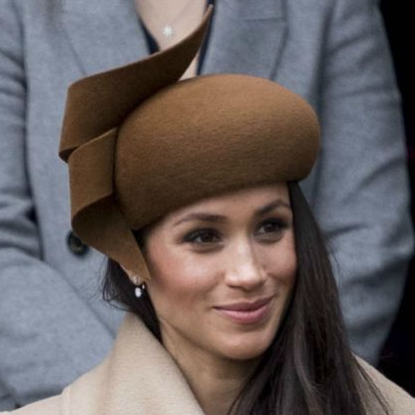 A woman has started an online petition with the hope that Meghan Markle won’t get any titles when she marries Prince Harry, and she’s calling for people to sign the petition.

Londoner Louisa Pawsey is not impressed with Ms Markle for so many reasons, including that she’s divorced, disrespectful, and given to public nudity. She says those qualities are unfit for a royal and as such, Meghan must not be given a title.

Meghan is set to attain the title “Duchess of Sussex,” and possibly others, when she marries Prince Harry, but Louisa said she doesn’t deserve it, and gave three major reasons.

First, she’s divorced. This might have mattered a few generations ago but not in this age. Heir Apparent Prince Charles is himself divorced and married to a divorced woman. Louisa’s petition also alleges that Meghan cheated on her first husband, Trevor Engelson but she did not back up this claim with proof.

The second reason she gave is that there are naked pictures of Ms. Markle in the barracks throughout the British armed forces, according to Louisa, and British servicemen are resigning their posts in horror at the possibility of a pinup girl becoming a royal. While it’s true that there are racy photos of Meghan, there is no proof that servicemen are resigning because of her.

Third, Louisa says Meghan is “disrespectful.” Louisa accuses the future princess of “pulling faces” and sticking her tongue out at visitors. That much is true. She did, in fact, make funny faces and stick out her tongue at visitors to Sandringham, as the Mirror reports. But the newspaper describes her actions as “cheeky” and “playful,” however, not “disrespectful.”

At the moment, Louisa’s petition to deny Meghan Markle a royal title has gained only 377 signatures. This means Louisa is all but alone in her desire to deny Meghan a title.