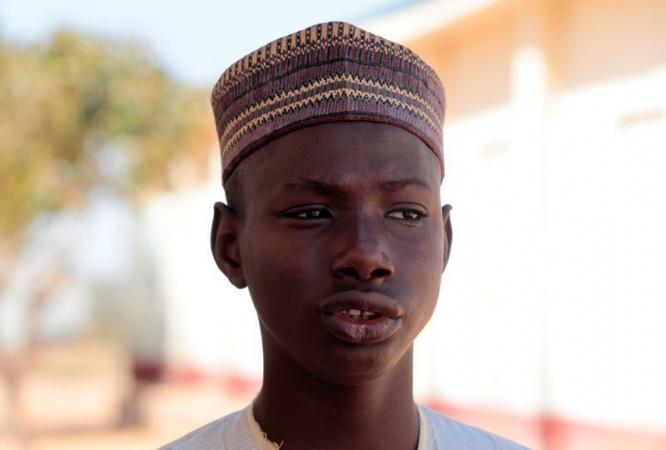 One of the abducted students of Government Science Secondary School Kankara, Katsina State, has narrated how he escaped from the bandits.

In an interview with journalists in Kankara on Tuesday, Tsanni Mani, a Junior Secondary School 2 student, revealed that he escaped from the bandits very early on Saturday morning.

He also said the bandits divided the abducted boys into batches.

Mani spoke 24 hours after the killing of the two of the abducted boys was reported.

He revealed that his escape was made possible by one of the bandits very early on Saturday.

Mani stated: “My escape is a miracle. But all I know was that all along when we were abducted, I kept on saying Allahu Akbar (God is great). The bandits divided us into batches so I cannot give exact figures of all of us. It was one of the bandits whom God used to ensure my escape early Saturday morning.

“The bandit showed me an escape route very early Saturday morning which made me to escape and return home.”

A parent, Faiza Kankara, had on Monday said that her son was among the abducted students. She said the son, who escaped, told her that the bandits killed two of the students.

The two students were said to have been killed while trying to escape.

Terrorist group, Boko Haram, on Tuesday claimed responsibility for the abduction of over schoolboys.

Boko Haram, however, said it had not entered into negotiations with the government contrary to claims by the authorities.

The terror group’s leader, Abubakar Shekau, stated this in a recording released on Tuesday morning.

Like in the case of the abduction of the over 200 Chibok schoolgirls in 2014, Shekau in his latest recording said the dastardly act was done in order to discourage people from obtaining western education.

“What happened in Katsina was done to promote Islam and discourage un-Islamic practices as Western education is not the type of education permitted by Allah and his Holy Prophet.

“They are also not teaching what Allah and his Holy Prophet commanded. They are rather destroying Islam. It may be subtle, but Allah the Lord of the skies and earths knows whatever is hidden. May Allah promote Islam. May we die as Muslims. In a nutshell, we are behind what happened in Katsina.”

•Extracted from a PUNCH report.

Those who kidnapped our students have contacted us, says Katsina gov