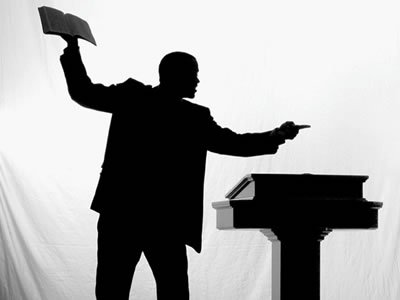 General Overseer and founder of Set Captive Free Ministry, Prophet Samuel Ndukwu has been arrested and charged to court for allegedly obtaining N8 million from his church member, Uche Nwoke under the false pretense of delivering him from family curses.

Ndukwu had prophesied to Nwoke that there was a family curse that was hindering the progress of his family members and there was need for the family to carry out deliverance to upturn the hindrance.

He reportedly assured him that after the spiritual deliverance, all the things the family members lost in the past because of the curses will be regained and directed him to bring the money for the deliverance work.

According to PM Express, Nwoke sold all he had and gave the money to Ndukwu who performed some purported spiritual deliverance.

Nwoke was said to have lost his two children after the prophet conducted the family cleansing.

He reported the matter to the police after he requested the refund of his money and Ndukwu threatened to wipe out his entire family.

The prophet later fled to Port Harcourt, the Rivers State capital where he was arrested, taken back to Lagos and charged to court.

He was arraigned before Isolo Magistrates’ court, Lagos State on Friday on charges of obtaining under false pretence, stealing and threat to life of the victim.

He pleaded not guilty.

The police prosecutor, Oje Uagbale did not object to his bail, but asked the court to give bail conditions that will enable the defendant to come to court for trial since he has now relocated from Lagos State.

The presiding Magistrate, O.N. Ogbe granted him bail in the sum of N500,000 with two sureties in like sum.

Ndukwu was remanded in prison pending when he will perfect his bail condition.

Why gari, ‘fufu’ semolina are no longer affordable – NCGA