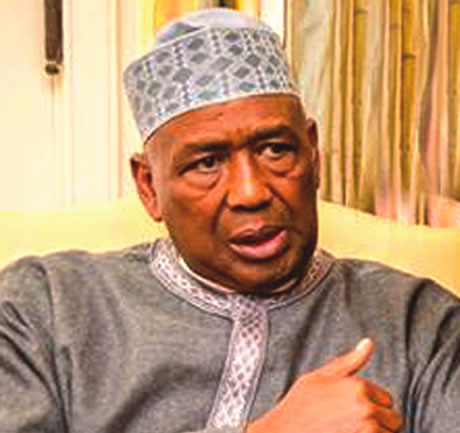 One of President Buhari’s most trusted aides without portfolio, is apparently stabbing him in the back,
Isa Funtua who is an old friend of President Muhammed Buhari, even though he never believed or participated in the change mantra, is bent on holding on to power at all costs
Funtua, who is cleaning out big time in CBN and NNPC through name dropping of the president apparently held meetings with Senate President Bukola Saraki in Saudi Arabia on how to impeach Vice President Yemi Osinbajo, this would automatically make Saraki the vice president of Nigeria, who in turn will connive with the senate and declare the president unfit to rule, making Saraki a de-facto president, the first step has already been hatched this week with the Senate already threatening to summon Osinbajo. 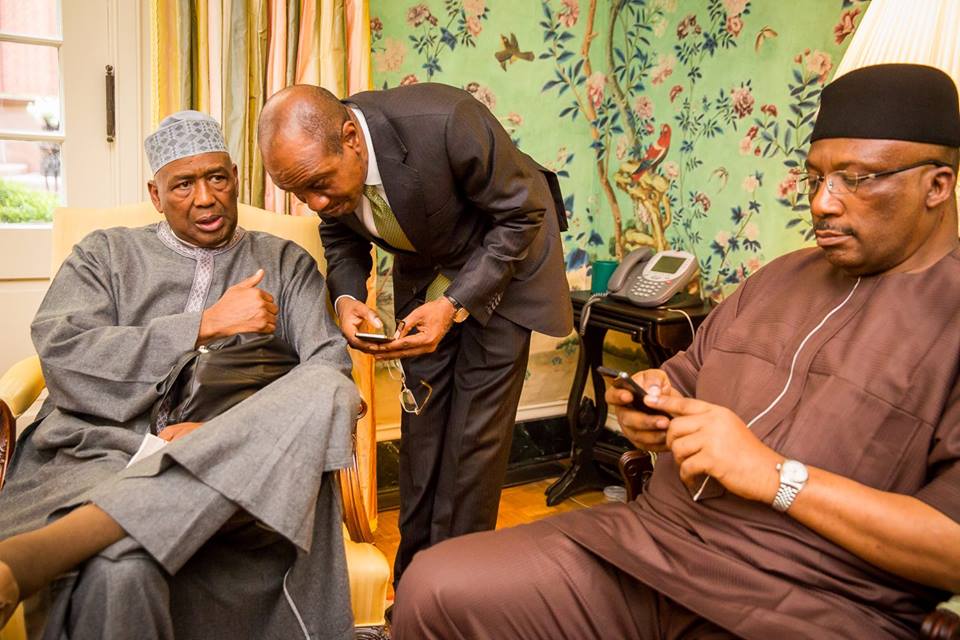 Ismaila Isa Funtua is said to receive $12m each week from the Central Bank of Nigeria at the rate of 305 naira to the dollar and then sell this on the black market at 495 naira to the dollar.
Funtua was cut off from the villa last year, but schemed his way back in again,  very arrogant in nature, his arrogance almost stopped President Buhari from giving a key note address during his official visit to Saudi Arabia, He had to shout at the occasion ‘Samaila you either stop talking over the phone or I will walk out’, it is on record that Funtua is the person who pitted Gov Dickson against PMB, by telling him that PMB never wanted him to be governor.
Alhaji Isa has been an IBB boy all along but associated to Buhari through his sons marriage to Safinatu, Buhari’s daughter, although Buhari initially refused the marriage, but his daughter insisted, and the marriage held.
It was extremely turbulent with allegations of abuse and they were at the divorce stage when Buhari won the election, The boy was then cautioned to remain mute and Isa Funtua, his father started calling DG’s, CBN head and heads of parastatals to his house for a meeting  intimidating them to dance to his tune, or be sacked.
Funtua is the chairman of Bulet International Construction Company, which was involved in the development of the new capital in Abuja in the late 1980s and early 1990s, but ran into debt in the 20’s of which the debts due to his NNPC and Forex deals have been practically cleared
Related Topics:
Up Next