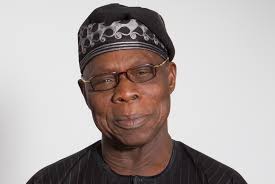 Mr. Adoke, in a string of complaints said the anti-graft agency allegedly singled him out for persecution when other former high-level government officials, including former President Olusegun Obasanjo, took some of the critical decisions that culminated in the controversial $1.1 billion Malabu transactions.

“This is more so as the Settlement and its implementation were situated in the Federal Ministry of Justice,” he added.

The appeal was sent three days after Mr. Adoke accused the EFCC of lending itself to manipulation by powerful political interests, after the anti-graft agency slammed fresh charges of money laundering against him and one of his associates, Aliyu Abubakar, accusing them of sharing millions of dollars in fraudulent proceeds.

In the charges, filed at the Abuja Division of the Federal High Court, the EFCC alleged that Mr. Adoke exchanged more than $2.2 million in a bureau de change in Abuja as part of his share in the controversial $1.1 billion Malabu Oil deal.

The EFCC said in the court filings that Mr. Adoke took delivery of exactly $2,267,400 on September 16, 2013, and immediately enlisted the service of money changers to have it converted to the local currency.

Based on the prevailing exchange rate at the time, Mr. Adoke made N345, 200,000 after successfully converting the funds. He subsequently deposited all the money in a Unity Bank account to offset an outstanding overdraft of N300 million, court documents showed.

But Mr. Adoke swiftly denied the allegations at the time, saying the EFCC knew the facts of the case but was deliberately muddling them up to confuse “gullible” Nigerians and malign his image.

In his petition to Mr. Malami, the former AGF begged his successor to save him from “unwarranted attacks and dehumanising treatment” just because he “chose to serve” his “fatherland.”

He reminded Attorney-General about former government officials who took part in the controversial deal and approvals they allegedly gave.

“It will be recalled that the Terms of Settlement encapsulating details of the Settlement between the Federal Government of Nigeria (FGN) and Malabu Oil & Gas Limited (Malabu) was executed on 30th November 2006.

“The Terms of Settlement, which was later, reduced into a Consent Judgment of the Federal High Court; Abuja was brokered by our predecessor in office, Chief Bayo Ojo, SAN and signed on behalf of the Federal Government of Nigeria by the then Honourable Minister of State, for Petroleum Resources, Dr. Edmund Daukoru, during the administration of President Olusegun Obasanjo, GCFR.”

He queried why the EFCC had not invited those officials, especially since they didn’t deny their alleged roles.

EFCC spokesman, Wilson Uwujaren, could not be reached for comments Sunday night. His known telephone lines were switched off.

Mr. Adoke, again, absolved himself of any wrongdoing, saying he saved Nigeria more than $2 billion in damages that stemmed from arbitration claims instituted against the Nigerian government at the International Centre for Settlement of Investment Disputes over the OPL 245 block, which is believed to hold more than 9 billion barrels of crude oil and even more volumes of natural gas.

Mr. Adoke was instrumental to Nigerian government’s involvement in the suspicious Malabu Oil deal, which saw Shell and Agip-Eni paying money into an escrow account of the Nigerian government to settle a firm with a questionable history.

Mr. Adoke authorised the transfer of the $1.1 billion paid by Shell and Eni into private accounts of Mr. Etete, who further transferred a large percentage to Mr. Abubakar. Investigations suggested that Mr. Abubakar might have acted as a front for officials of the Goodluck Jonathan administration, including Mr. Adoke. ?

Shell, Agip-Eni, Mr. Adoke and Mr. Etete, who initially approved the lease award of the OPL 245 while he was petroleum minister in 1998, have all denied wrongdoings.

But Italian prosecutors said late last year they had enough grounds to charge Shell, Agip-Eni, and their executives alongside other Nigerians involved in the controversial deal for fraud in Milan.

In separate charges filed late 2016, the EFCC accused Mr. Adoke and Mr. Etete of defrauding Nigeria in the OPL 245 deal.

The Department of Petroleum Resources said last December that Mr. Adoke and other officials of the Jonathan administration who participated in the concession of the lucrative oil field to Shell and Agip-Eni did not follow due process.

Mr. Adoke, who is currently in the Netherlands for study, had maintained his innocence and pledged to make himself available for trial.