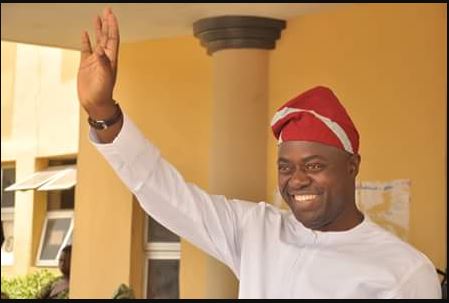 Engineer Seyi Makinde, has approved the appointment of the Board of the Local Government Service Commission and the Oyo State Transport Management Agency (OYTROMA).

This was made known by the press statement which was made available to journalists today 27th August by the Chief Press Secretary to the Oyo State Governor Mr. Taiwo Adisa confirmed that the Governor has appointed Dr. Remi Ayodele as the Chairman of the Oyo State Local Government Service Commission.

Dr Fagbemi, a holder of a certificate in International Food Law from the Michigan State University, USA and a Master’s of Science Degree in Food Processing and Preservation, as well as a PhD in Biotechnology, worked as a top administrator with the National Agency for Food & Drugs Administration and Control (NAFDAC) for almost two decades. He was appointed as the Deputy-Director General (Oyo South) of Oyo State PDP Campaign Council in the 2019 general.
Fagbemi is currently a Research Fellow at the International Institute for Tropical Agriculture (IITA), Ibadan and possesses several local and international professional certificates.

The new SSA on SDG, Yusuff, holds an Ordinary National Diploma (OND) in Financial Studies from the Osun State College of Technology (OSCOTECH); a BSc in Political Science from the Olabisi Onabanjo University (OOU) and a Master of Science (MSc) in Peace Studies & Conflict Resolution from the National Open University (NOUN).

A Social Development and Peace/Conflict Advisor from the Civil Society background, Yusuff has served in different capacities at the federal level, including being Technical Assistant (Civil Society Directorate) for the PDP Presidential Campaign Council (2010); Personal Assistant (Liaison) to the Minister of State, FCT, 2011; Special Assistant (Strategy/Special Duties) at the Office of Social Development/Special Duties of The President, 2012 and a member of the Governing Board of the Universal Basic Education Commission, among others.

Oyedeji, an aviation and transport sector expert, graduated from the University of Ibadan with a Bachelor of Education degree in Political Science/Economics and a Master of Education in Social Welfare from the same university, as well as several diploma and certificates in Air Transport Management, Procurement and Supply and Logistics and Transport. He was the PDP standard-bearer for the Iseyin/Itesiwaju/Iwajowa/Kajola Federal Constituency in the 2019 general election.