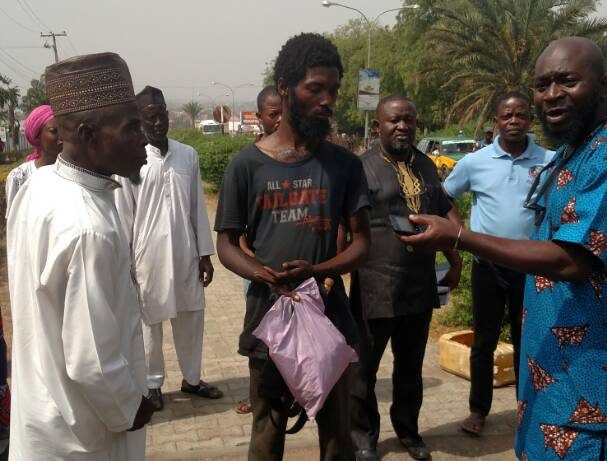 A “madman” has been nabbed in Ilorin, the Kwara State capital, with items that have aroused suspicion he is not in any way insane.

The madman was nabbed on Thursday in front of the Ministry of the Environment and Forestry in the state capital.
According to available information, a vigilant passerby raised the alarm based on the man’s behaviour.

He was said to be making a phone call and was quite coherent.

This attracted other passersby who then held the man as he was about to flee.

An attempt to lynch him was averted by another passerby.

Police was yet to react to the development as at press time.