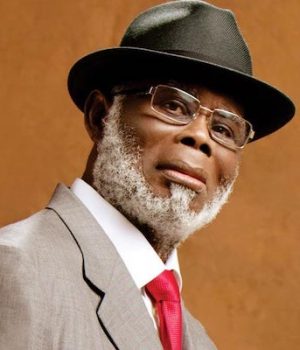 Preliminary findings into the death of Benson Lulu-Briggs, founder and chairman of Moni Pulo Limited, an oil exploration and production company, has shown that the deceased didn’t die a violent death as alleged.

Officials of the Nigeria and Ghana police supervised the post-mortem examination of his remains on Friday.

The death of Lulu-Briggs on December 27, 2018, in Accra, Ghana, had created controversy among his family. His widow, Seinye Lulu- Briggs, who had travelled with him was accused of having a hand in his death.

The Nigeria police, in partnership with the Ghana police, had launched an investigation into his death following a petition by Dumo Lulu-Briggs, a son of the deceased, to the inspector-general of police accusing Seinye, his stepmother, of killing his father.

The post mortem, which took place at the military hospital in Accra, was witnessed by the widow of the deceased and his children, including Dumo who had requested the autopsy.

Apart from the official pathologists, each of the two factions of the Lulu-Briggs also went with their own pathologists to serve as observers.

A source revealed that while the final result would not be out till next week, the preliminary finding shows that the late Lulu Briggs did not die a violent death as alleged.

Seinye, in a statement, expressed confidence that with the autopsy concluded, the family can now move towards organising the burial of the deceased.

“Since the death of my beloved husband, High Chief (Dr) Olu Benson Lulu-Briggs on December 27, 2018, in Accra, Ghana, I have been humbled by the outpouring of prayers and expressions of support for our family from all over Nigeria and abroad,” she said.

“This has given me the needed courage to continue to carry out my duties as a mother to our children and to upholding my husband’s legacies especially his service to humanity.

“Regrettably, our family has been going through some internal wrangling since the death of my husband because of the unwarranted attack by Senibo, Dumo and Sofiri Lulu-Briggs, my husband’s sons, on me.

“This has resulted in the ongoing police investigation and the autopsy that has just been carried out on the body of our late patriarch in Accra, Ghana today, July 19, 2019.

“I have always affirmed my innocence. I have loved, adored and cared for my husband all the decades that we lived together as one. And I continue to miss him dearly.

“As we wait for the outcome of the unnecessary and invasive procedure called autopsy in the coming days, I am confident that the Coroners’ Report would put to final rest the shameful and satanic lies and rumours that have been spread regarding the manner of my beloved husband’s death, including the ridiculous allegation that I killed him.

“As a Christian, I have forgiven all those who have knowingly and unknowingly maligned me. My top priority is to ensure that my late husband gets an honourable and Christian burial in keeping with his life’s work and remarkable achievements.

“Despite all the distractions, nothing has changed; he will be buried at the appointed time.”