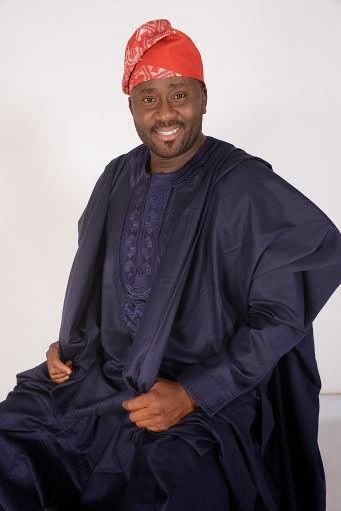 You have been in office for almost a year now, what have been the gains and losses of the office

I thank you for giving me the opportunity, but I must say that being in the legislative arm of government is a great opportunity and the workings of government that ordinarily I wouldn’t have had the opportunity to see have been made known to me. The way government works, the way the government projects for the year or over a period of time and the way the government uses its funds are quite revealing. Being in the legislative arm of government has given me the opportunity to see and monitor, which we call oversight. It has given me the opportunity to listen to the opinions of people, which I would say without apology that they speak their minds all the time and I am grateful to be in this part of life, where you can listen to where people have issues. It has given me a platform, where you can change or make the life of people and the constituents better, that is an opportunity. I am glad that I come to the office everyday and I see so many things. Now, we are looking at one year and it seems like yesterday, and by the time you sleep and wake up, it is another year gone. It means that anything you need to do, you must do it fast, and quickly because opportunity sometimes comes but once. That is how my ideology and concept has been, it is not to leave for tomorrow what I can do today and if possible, borrow some activities of tomorrow for today. It would only tell on your health, to leave a mark is not resting on your oars like most people do. People that made things in life did it extra, the man that created electricity flopped almost a thousand times. The man that created the car did it extra, so you must do it extra to make a mark and so far, the assembly has availed me that opportunity.

I am so humbled about your simplicity, how did you develop this, is it an inheritance or what

My father of blessed memory, Pa Emmanuel Bamidele Elliot, was what I would call the most simple man ever. He never saw anything wrong in anybody, in taking views, if you give him your view, you are right, if someone else gives him a contrary view, the person is right. So, I think that was his worth. I believe inside my heart that, when God puts you in a place that you have not worked too hard to get to, then it only means that God has put you there for a sacrificial purpose. For me, I don’t think I am doing enough, I believe I am being impeded by funds, you know there is no fund in Nigeria now. The government is taking its time in what they do, the private sector is also curtailing their activities, so this has restricted me from a lot of things I need to do. One of my constituents just sent me the picture of her sick child now, who is in the hospital. I don’t even know the name of the disease the child has, she said she didn’t want to bother me, but I said she should. The truth is that people are not bothered about money, but the care. I know how much I spend everyday, before, it was just me and my family, now I have to care for so many people.

How do you cope with public office as a celebrity

It is not easy, you can imagine people coming from Ile Ife in Osun State to invite me to an event and I am not from the place. I have invitations from so many places and I have to go. I am not far from my constituents, I still maintain a close relationship with them. I still go to meetings with actors and my plan is that at the end of the day, within this time, there is a proper structure for the film industry. Prior to my coming here, I used to be a producer, I have relinquished that now, I was a producer, actor and distributor. We have a shop for films distribution that my wife still handles. I just make sure that the industry does not die and see how films can get revenue rather than pirates. We still have meetings on that.

You party, the All Progressives Congress (APC), seems to have been facing a lot of criticisms over some issues in the country such as fuel scarcity and electricity problem. How would you react to this

I wouldn’t say it is the problem of the government, it is every member of the APC. There is only one question I ask myself, if it were to be in the time of the immediate past government, how would it have been because it was so obvious that we were going down. Based on the high level of corruption and the way people went into impunity at the helms of affairs, it was so obvious that we would have borrowed for our coming three generations just to break even. The government had said that the situation was bad, we are going to curtail it, but let us suffer for a period, and then reap later. Let us see how we can diversify, we pegged our crude oil price at $36 per barrel or so, sometimes it goes below or above and now it is now $46 per barrel. The government has now realised that we need to start managing our things, there is nothing wrong in managing or curtailing. What I want now is sensitization of the people. Nigerians are very exotic, we like the good things of life. We need to educate ourselves and say we love enjoyment, it would come again, but now, we have to cut our coat and trust me, it is the most difficult time in my own life too. I had to call my ward executive members to explain the situation because if you don’t explain to them what is going on, they would not know. You need to come out and tell them it would get better, but that we need to manage now. It is a terrible period, but you can see the efforts of the government. You cannot accuse President Muhammadu Buhari or Vice President Yemi Osinbajo of stealing money. So, you cannot say those at the helms of affairs are stealing money. I want to ask Nigerians to be more patient because it is even more difficult for the politicians now. We were seen as people that assist a lot, especially with constituents, but now that you are handicapped what do you do. I told my people I would not run away from them that I would be with them. On Sunday, I would go to the church in my area and go to another programme in a mosque same day later. This does not translate to vote, but you have to do your best. I want to commend the government because despite all efforts, they decided not to devalue the naira. It takes very loyal, and patriotic citizens of a country to say that ‘I would not plunge my people to problem.’

Are you ready for the challenges ahead in politics

I would just say, don’t look at four years or six years, just make sure that you achieve something everyday and that everyday, something positive happens within yourself and in the lives of the people around you. In the past, I used to walk out everyday and go to gym, but now, you are stressed up. You have your home and different things to attend to, you can now imagine what a Governor or a President goes through everyday in a multifaceted country like Nigeria.