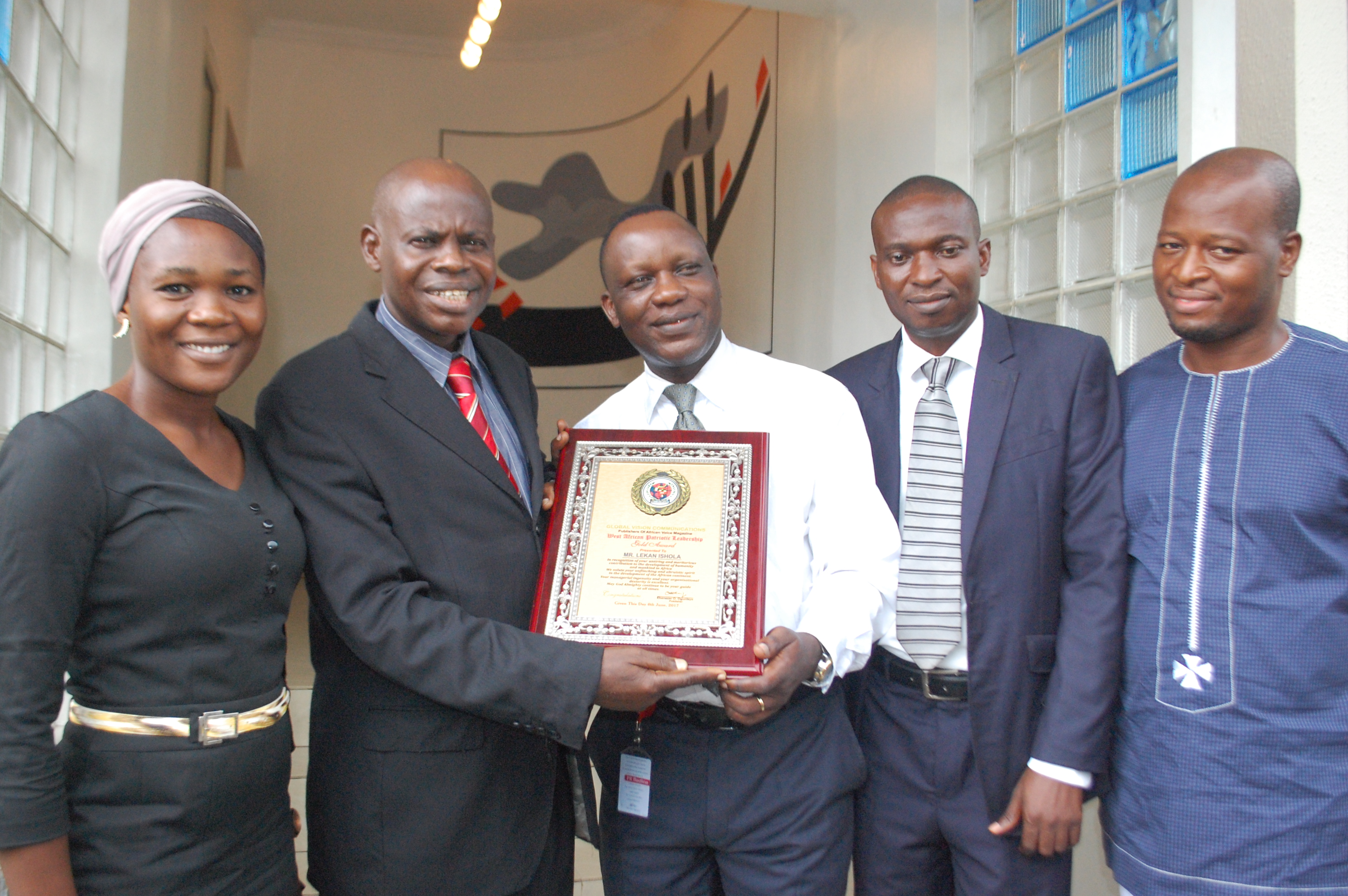 Global Vision Communications, Publishers of African Voice Magazine, has, in conjunction with the International Association of Research Scholars and Administrators (IARSA), bestowed the 2017 edition of the West African Patriotic Leadership Gold Award on the Managing Director of PR Redline, Lekan Ishola.

The West African Leadership Icon Awards was instituted over a decade ago in Lome, Togo and the objective is to celebrate patriotic sons and daughters of West Africa who manifest diligence, achievement, integrity and untiring commitment to developing potentials in their professional callings. 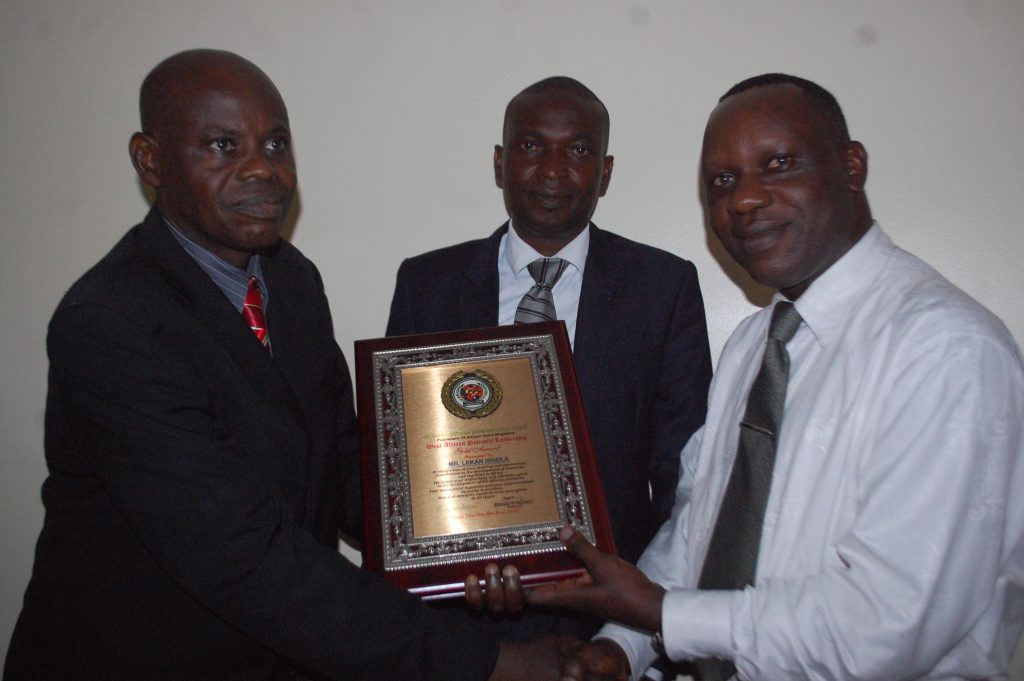 While presenting the award in Lagos on Tuesday, Director of Public Relations, IARSA, Amusa Wale Azeez, stated that the choice of Ishola as the recipient of this year’s edition of the award was in recognition of his outstanding career in the field of mass communication in the past two and half decades as well as his self-effacing leadership style which emphasises teamwork and gives the younger generation ample opportunities to harness their talents, learn the ropes and build confidence.

In his acceptance speech, the PR Redline boss thanked the organisers for the honour.

In his words: “We are humble to have been selected for this award and we really  appreciate your kind words in recognising our little achievements in the course of a career that started, as you rightly said, about 25 years ago.  I must place on record the fact that I have never met your team in any way before today. Yes, we have received some awards at PR Redline between 2014 and now, about 10 different awards in both individual and corporate categories, with a couple of them even coming from the Lagos State Government. But, I must say that this has a very special place in my heart and I am sincere about that. Coming from two notable entities – a trans-border organisation and a media house- and added to the fact that you did not bill us to select us for the award, we are truly grateful.”

He assured the team that PR Redline would continue to be steered on the path of professionalism that earned him the recognition. “And whatever you see in us and, indeed, PR Redline that made you think we merit this award, we would keep doing and not relent on our oars. We also use this opportunity to challenge you; when you see things we don’t do well, or areas that would benefit the society and our involvement would make some form of positive difference in that area, feel free to call on us and we would do our best to respond”, he said. 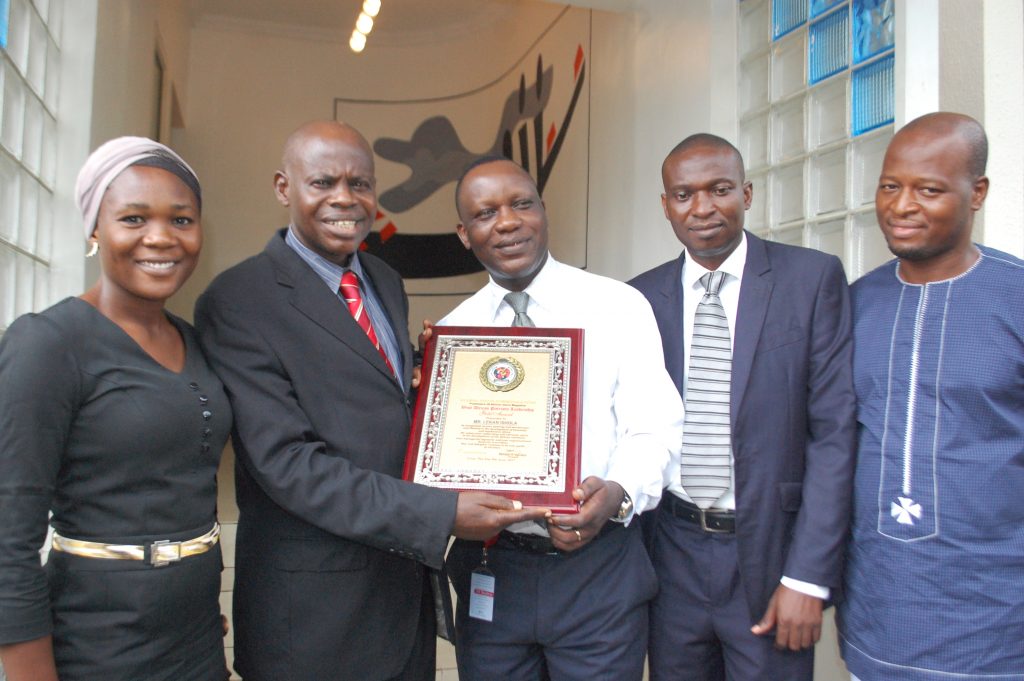