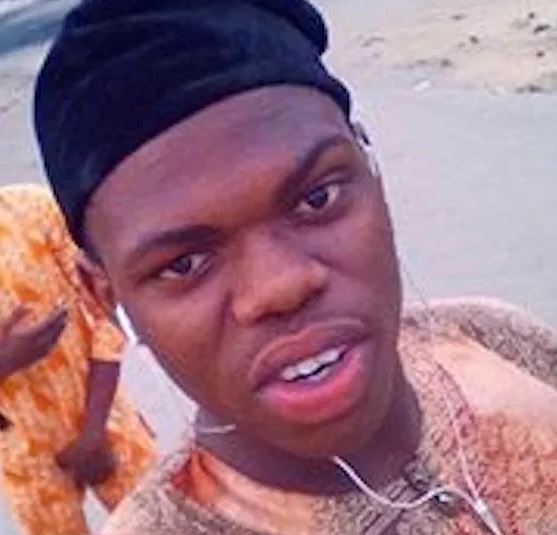 On Monday, November 4th, two muslim students of the Lagos State University (LASU) narrated before an Ikeja Special Offences Court how they were robbed and raped at gunpoint by a fellow student identified as Afeez Ogunbowale.

The students, who were both wearing niqabs (Islamic garment which covers the body leaving the eyes uncovered), in a two-hour testimony revealed to the court that they lost their virginity in the attack. They made the claims while testifying as prosecuting witnesses during the trial of Ogunbowale, over alleged robbery and rape.

In a Facebook post, Ogunbowale stated that he had attended Moshood Abiola Polytechnic Abeokuta before coming to LASU in 2017.

Led in evidence by Mrs. O.A Bajulaiye-Bishi, the prosecuting counsel, the students, who were roommates, told the court that they were 200 level students when the alleged rape and robbery occurred on April 18, 2018. The witnesses told the court that at around 3a.m., a torch was flashed into their apartment, awakening them suddenly and five men, including Ogunbowale, who were armed with a gun and machetes, forced themselves in.

Student A (name withheld), 23, told the court “they took three phones, a gold chain, earpiece, power bank and N1, 200. Three of the men left, leaving the defendant and one other person who I cannot identify.  “The defendant told the other guy ‘I want to sleep with these girls’. The defendant went to the toilet with my roommate while the second man tried to rape me.

“The other three men came back into the apartment and saw the chaos. They told the two other men that this was not what they came here to do and they assisted in looking for my inhaler. My inhaler was found and they all left my apartment.”

Student A told the court that they lodged a report at the Ojo Barracks and they were referred to the Mirabel Center for medical examination and counselling.

Student A said.  While being cross-examined by Mr Bisi Salau, the defence counsel, Student A said that she recognised Ogunbowale as her assailant because she had seen him a number of times on campus. She noted that the residence where the alleged crime occurred belonged to her aunt.

“I was a virgin until the day that incident occurred, I cannot remember the exact date I went to the Mirabel Center. When I reported the incident at the Ojo Barracks, they called to inform the Vice-Chancellor of LASU about it. The five men who came to our apartment were armed with a gun and the defendant was the one who carried the gun, he touched me with the gun.

Student B (name withheld), 20, while giving her testimony narrated how Ogunbowale allegedly raped her.

“The defendant took me to the toilet and pointed a gun at my head, that day I was still a virgin and it was difficult for him to penetrate into me. He said to me ‘you never do am before.’  “He took me to a chair and raped me and the second man left my roommate and exchanged places with him and raped me as well.

“After we had reported the incident to authorities, we were examined and counselled. We had to go there over a long period of time but we had to cut that short because of our exams.  “We could not even take some of our medication because of our school examination,” she said.

The alleged culprit Ogunbowale pleaded not guilty during his arraignment for five-counts of robbery and rape. According to Bajulaiye-Bishi, the defendant committed the offence alongside others who are now at large on April 18, 2018 at the Okokomaiko area of Lagos.

“The defendant and his accomplices while armed with a gun, knife, machete and bottle robbed the students of their phones, power bank, ear piece, gold chain and N1,200. The defendant and his accomplice who is at large had unlawful sexual intercourse with the complainants. The offence contravenes Sections 260(1) and 297(2)(a) of the Criminal Law of Lagos State 2015,” she said.

Justice Oluwatoyin Taiwo ordered that Ogunbowale continue to enjoy the bail that was granted to him by Justice Yetunde Adesanya before the case was transferred from Adesanya’s court to her court. She also warned the defendant that neither he or his friends should threaten witnesses otherwise his bail will be revoked. The case was adjourned till Nov.ember 25 for further hearing.