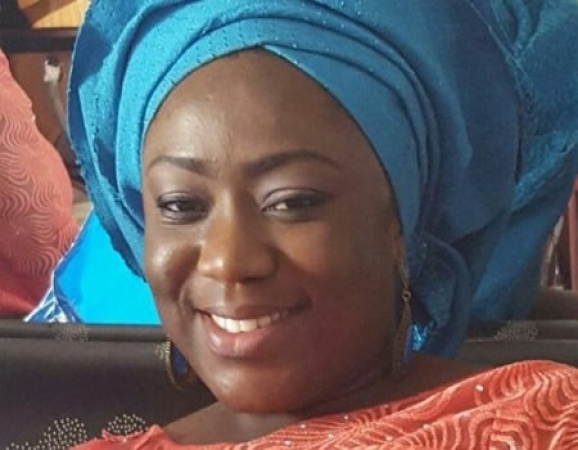 The murdered Assistant Director in the Office of the Secretary to the Government of the Federation at the State House, Laetitia Naankang Dagan, was courageous even to her last seconds on earth last Monday.

Dagan, who was attacked soon after arriving home from work, summoned what was left of her energy to pick up her mobile phone.

She dialled up neighbours to come to her rescue. They did respond to her distress call.

And that turned out to be crucial.

Although she failed to make it back to life, she was able to give out sufficient information about who her attackers were and why she became a target.

She seemed to have had no premonition of death when she left her residence at No. 23 at B Close, Road 22 EFAB Estate in Lokogoma area of the Federal Capital Territory for work earlier in the day.

Sharing the compound with her in a detached two-bedroom bungalow were some young men suspected to be into internet fraud, also known as ‘yahoo yahoo’.

She occupied the boys’ quarters of the main building.

Until her gruesome murder, the Quaanpan, Plateau State-born Dagan, had been locked in a cold war with the young men, The Nation gathered.

The plot to kill her allegedly began after the gateman reported to the police that the boys were smoking Indian hemp.

The police promptly arrested them, although they were later released.

The boys suspected that she gave them away to the police.

They sought to hit backThe battle line was soon drawn with her.

From the boys’ alleged disposition towards her soon after the arrest, Dagan knew she had to move away from the boys.

She told neighbours about the cold war. Besides, she began looking for an alternative accommodation.

A source who does not want to be named said Dagan initially lived in the compound with a couple from Bauchi State before they moved into their own house last December.

The main building was then rented by the boys who moved in only last month.

Said the source: “She travelled to Jos for a wedding on Friday, and was in Jos until Sunday when she returned to Abuja.

“But while she was away, the boys threatened to kill the security man and he went to the police and reported. He was asked not to return to the compound and because he has no phone, he could not inform her about what was happening.

“So she came back to Abuja Sunday night and went to work early Monday morning without any knowledge of what was going on between the gateman and the boys. When she returned from work in the evening, she went straight to her apartment until around 10 pm when the boys broke into the house and attacked her after molesting her.

“They left her, thinking she was dead but she managed to get her phone and called one of us to come to her aid; that she was dying; that those boys attacked her.

“But they heard her making the call and they returned to her room and killed her finally and tied her body on a chair and set the house on fire and ran away but the fire only burnt part of her face before it went off.

“At that point, one of us that got her distress call informed the DSS and they mobilised some policemen and went to her house and found her dead and partially burnt. One of her assailants, probably because they were in a hurry, dropped his phone at the scene of the crime after they had taken her own phone; that was how the police were able to track and arrest one of the boys.”

The source described the deceased as a quiet and peace loving lady who was not in the habit of keeping friends.

“It is unfortunate that she died the way she did. She was a down to earth person. Despite her status, she had no personal car and did not keep friends.

“She lived a kind of routine life that revolved around her office, home and church. She was not socialising. She was a nice woman and we are going to miss her.”

NCWS wants FG to bring her killers to book

Meanwhile, The National Council of Women’s Societies (NCWS), yesterday asked the federal government to ensure that killers of Ms. Laetitia Dagan were fished out and made to face the full wrath of the law.

The National President of NCWS, Mrs Gloria Shoda, said in a statement in Abuja, that the murder of Dagan was one too many in recent times.

“The number of people killed every day is alarming; and nobody knows who will be next,” she said.

She added: “The government owes it citizens the right to protection of lives and properties, so we expect that the government do more in this area.

“We cannot continue to fold our hands and watch fellow Nigerians murdered in cool blood daily.

“’We want all Nigerians to join hands with us and call on the government to do all that is necessary to stop these senseless killings.”

She, however, commended the Nigeria Police for its quick response, and the arrest of one of the suspects, but urged them to do more.