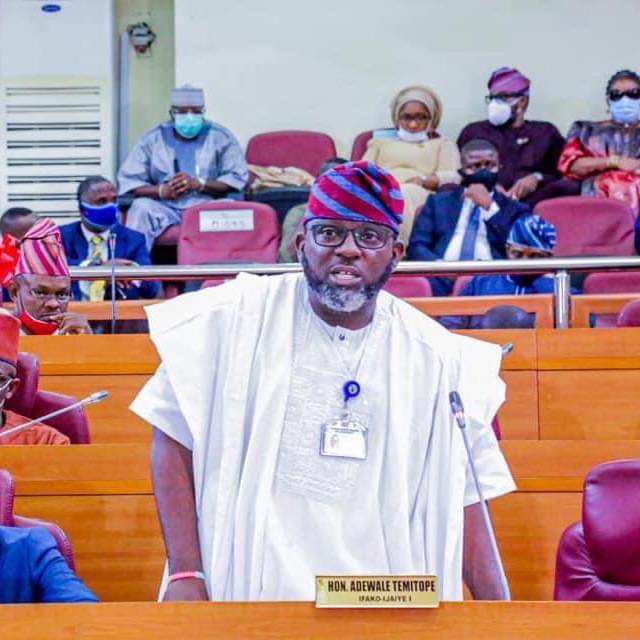 President Muhammad Buhari has been urged to step up efforts on securing the country as the nation continues to experience insurgency, banditry, killings, kidnapping and other kinds of criminal activities.

A lawmaker in the Lagos State House of Assembly, Hon. Temitope Adewale, who gave this advice said that state police should be considered as an option to further stem the tide of the rising insecurity in the country.

Adewale said this, while speaking with journalists during his first Ramadan lecture and special prayer session for Asiwaju Bola Ahmed Tinubu and the Speaker of the Lagos State House of Assembly, Rt. Hon. Mudashiru Obasa.

The event with the theme; “How can we eliminate poverty and insecurity” held on Monday May 3 at Sonmori Hall, Fagba.

While commending Governor Babajide Olusola Sanwo-Olu of Lagos State for improving security in the state, Adewale said that the government should encourage entrepreneurship to eliminate insecurity and poverty in the nation.

“The President should step up his game to ensure that our security apparatus is more effective. We can also consider state policing, this is what we have been canvassing for a long time.

“We organised the prayer session because Rt. Hon. Madashiru Obasa has done a lot on security in the state, especially through his bill that led to the creation of the Lagos Neighbourhood Safety Corps (LNSC). He is also one of the most vibrant states house of assemblies speakers in Nigeria today.

“Also, Asiwaju Bola Ahmed Tinubu is the architect of modern Lagos, he has been with us for a while and he will continue to be with us. If the presidency is zoned to the South West, he is the best candidate that we can present,” he said.

Chief Missioner of Muslim Community, Ifako/Ijaiye Local Government, Imam Shuaib Atata, who was the guest lecturer at the event, said that God is the one that put people in positions and makes provisions for them, and that whoever God promotes and put in positions is by His grace.

Atata urged the people to always bless others, when God blesses them and that wealth should be seen as a gift from God.

The Imam however, advised the masses to work hard and stop waiting on rich men to give them money.

“If you want to be rich don’t be lazy, go and look for work to do. It is better you eat from your labour.

“For example, I retired as a teacher after 35 years in service, yet I am still working till today. Don’t stay in one position. Don’t go and meet man, meet God and He will help you out.

“In Nigeria, we don’t want to work, yet we want to be rich, and we have children to take care of. Moreso, we can eradicate poverty in our own little way by helping others,” he said

On insecurity, Atata said that it is so bad that Nigerians can no longer sleep with their two eyes closed again, saying that the people should pray more for God to intervene.

He then admonished that a sin that cannot be forgiven is when someone takes the life of another person.

“There is insecurity in the north, in the south and in the west, money is scarce and things are expensive. There is frustration everywhere.

“Let us eradicate insecurity by making food available for the people, when things are less expensive, people will calm down.

Oke said that insecurity started building up in the north many years ago as education of the citizens was not treated as important in some parts of the north.

“It is those that were not educated that would go into Almajiri system and come out to become bandits. This is because the leadership in the north has not addressed the issue of education even till now.

“The late sage, Obafemi Awolowo said that the problem of Nigeria is the north and the problem is still not being addressed.

“It started from insurgency to banditry and the entire north has been ravaged by insurgency, which has moved round the north and is getting to the south. The case of kidnapping is so high now that you don’t need anybody to tell you what is going on,” he said.