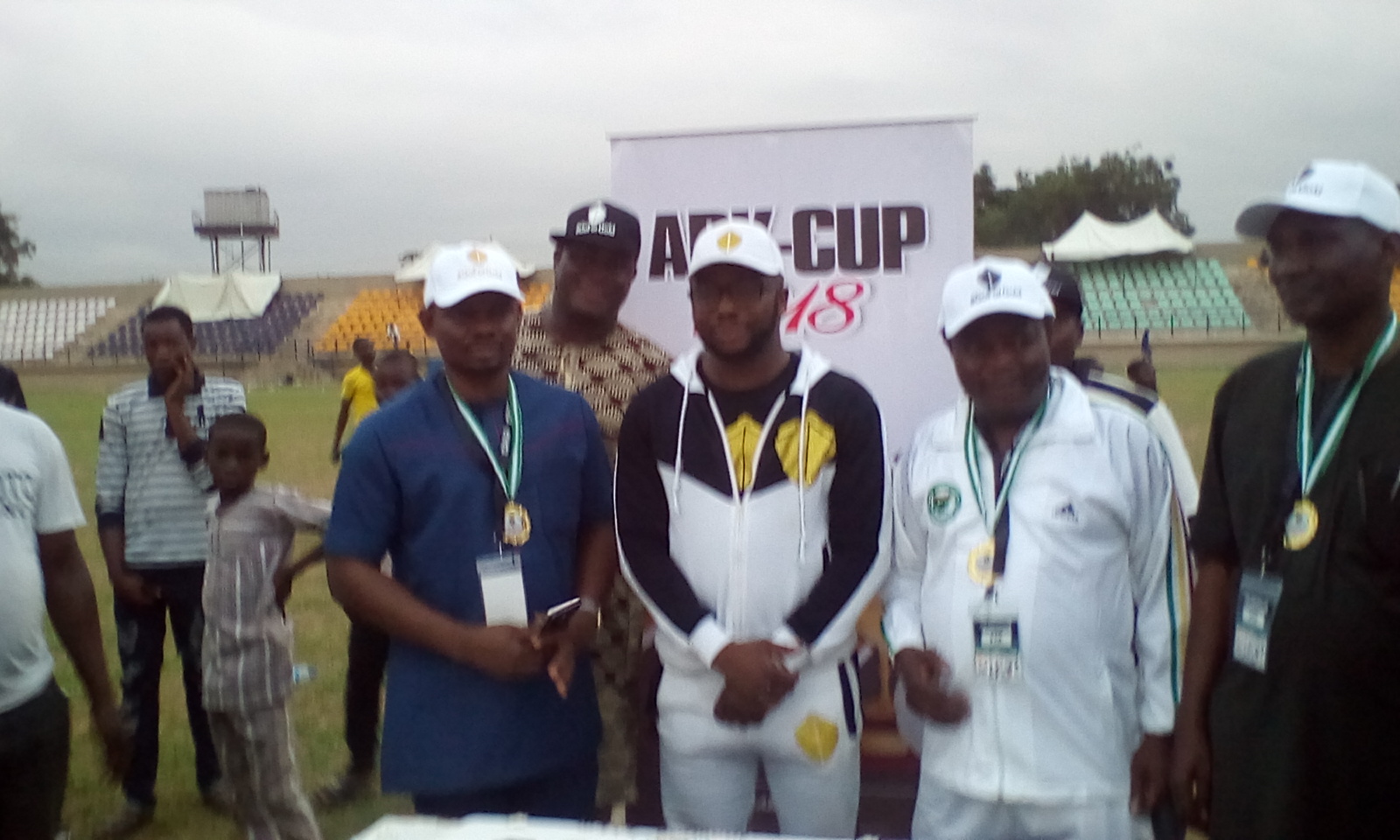 The Acting Chairman of the Lagos State House of Assembly Committee on Youth, Sports and Social Development, Hon. Richard Kasunmu has appealed to the State Governor, Mr. Akinwunmi Ambode to establish a sport arena in Ikeja as the capital of the state.
The lawmaker, who is representing Ikeja Constituency 2 in the Assembly, made the appeal in his speech during the grand finale of ARK Football Competition, which he organized to engage the youth in the state and discover future talents.
The final match of the competition, which took place on Thursday 29th March at RVTC Mini Stadium, Ojodu Berger, was won by Smart City F.C. through penalty shootouts with Basic FC.
While Smart City went home with N250,000, the 1st runner-up, Basic F.C. got N150,000, while winner of the third place, Atico FC got N100,000.
All the 32 teams that participated in the tournament later presented a trophy to Hon. Kasunmu as a way of showing appreciation and thanked him for being a good ambassador of the youths.
Kasunmu had disclosed during the opening ceremony of the tournament that he wanted to consolidate on the efforts of Governor Akinwunmi Ambode of the state on youths and sports development, adding that the competition was targeted at discovering and empowering sports talents in the state.
He added that he was passionate about issues affecting the youths and that he would continue to do his best to champion their cause.
“I am a youth, so I should be promoting youth football and sports, where the yearnings of the youths could be met. It is a way of bringing the youth together,” he said.
Delivering his speech at the grand finale, he said, “Let me seize this opportunity to appeal to His Excellency, the Governor of Lagos State, Mr. Akinwunmi Ambode and all the Sports Authority in the State , that Ikeja, the capital of our dear state, does not have any standard sporting arena and this has been a huge source of concern for all of us.
“There is a stadium in Agege, there is a stadium in Ifako-Ijaiye and here in Isheri. But there is none in the entire Ikeja Local Government. Therefore, on behalf of the people of Ikeja Constituency 2, I want to specially appeal to the state government to look into this,” Kasunmu said.
While thanking the LOC led by a former Nigerian national goal keeper, Mr. Dosu Joseph, the lawmaker congratulated all the participants for a successful tournament.
He promised to make the tournament and annual event, while urging the youths to keep doing their best for the society, saying that the time has come for the youths to wake up from their slumber.
Related Topics:
Up Next