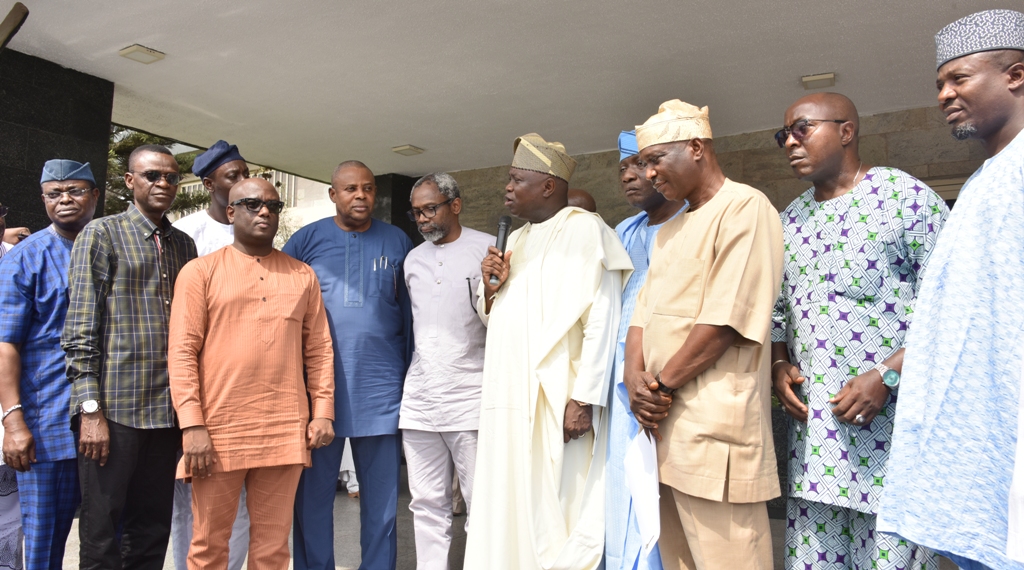 Members of the All Progressives Congress (APC) in the House of Representatives from Lagos State on Saturday endorsed the State Governor, Mr Akinwunmi Ambode for a second term in office, citing the massive infrastructural development and giant strides in all sectors and sections of the State.

The APC Caucus in the House led by the Majority Leader, Hon Femi Gbajabiamila, who presented a letter to the Governor at Lagos House in Alausa, Ikeja asking him to re-contest in 2019, said the decision to unanimously endorse Governor Ambode for a second term was as a result of his brilliance performance in office in the last two and half years.

Speaking to Government House Correspondents after a closed-door meeting with the Governor, Gbajabiamila said the lawmakers were indeed proud to associate with the achievements of the Governor so far, and would be supporting him all the way for another term in office.

“We are members of the House of Representatives APC Caucus from Lagos State. We all came into Lagos today to perform a very unique and sacred duty; something we did not take very lightly at all; something we deliberated over a couple of days ago and we spoke with one voice.

“Because of the giant strides of our amiable Governor, Mr Akinwunmi Ambode in the last two and a half years in governing the State; because of the things he has done across board, across all the Local Government Areas, across different sectors, we sat together and we decided without a dissenting voice to seek his audience and endorse him for re-election in 2019 as the Governor of Lagos State,” he said. 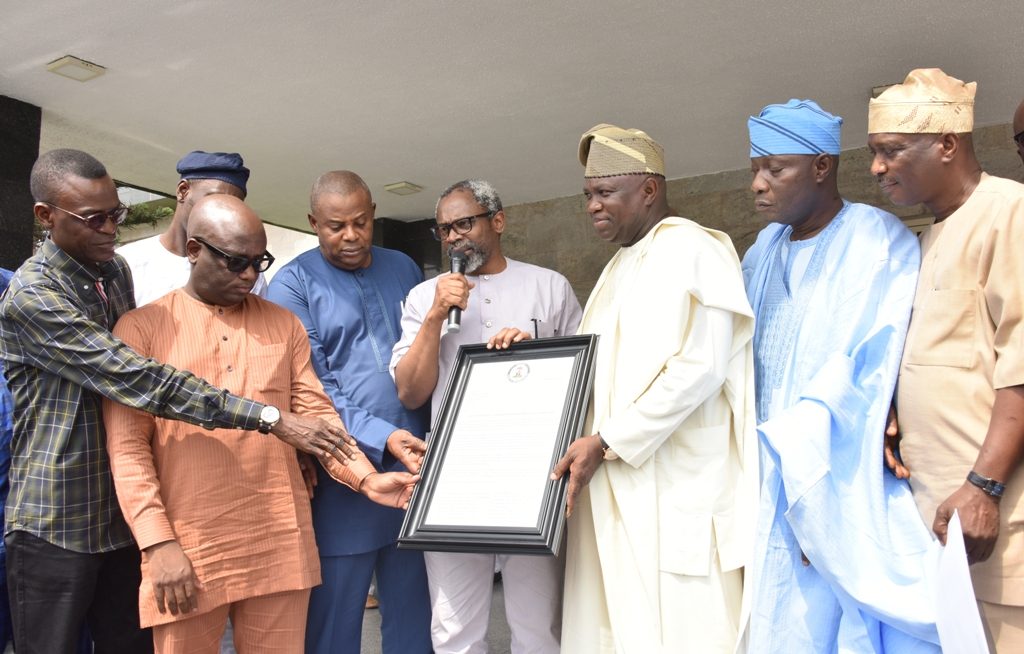 The House Leader, who described the endorsement as history repeating itself as the Caucus was the first to endorse the Governor for election in 2015, said it was instructive that there was not a single dissenting voice in the decision to support Governor Ambode for re-election.

“This is a very unique occasion because we have said all we need to say behind closed doors but they are worth repeating. Ordinarily, some of us have been in this business for long time and when you have endorsements, there are always dissenting voices maybe one or two but among every single member, there was not one dissenting voice and I think that is very important.

“So, we are here today as stakeholders across all the Local Governments and federal constituencies of the State to present a very unique letter to our Governor seeking for him to run again in 2019. We will give him unflinching support and have him re-elected overwhelmingly as Governor in 2019,” Gbajabiamila said.

He urged the Governor to see the endorsement as a call to do more for the people of the State come 2019.

Responding, Governor Ambode thanked the federal legislators for the honour done to him, saying that the endorsement would spur him to do more for the people.

“I am greatly humbled to receive the APC Caucus in the House of Representatives from Lagos State. I am more delighted that this word of encouragement by way of this letter is to inspire me further to continue to render service to the good people of Lagos. I want to thank you so much for the honour you have done me; I receive it with all humility and I pray that God gives us the grace to actually honour all the letters and the words in this message,” Governor Ambode said.