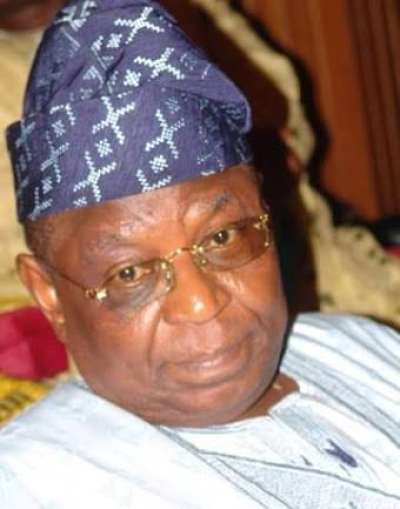 Chief Henry Ajomale is the immediate past chairman of the Lagos State chapter of the ruling All Progressives Congress (APC). In this interview, he relives experience of his political journey along with Tinubu.

You served as the Chairman of the All Progressive Congress (APC) in Lagos State for 12 years. What are the challenges of that office?

There are very many challenges. One, you have to look after the welfare of your members first and foremost because they will come to you for so many things. Those who want to pay school fees will come, those whose fathers just died will come, those who are kicked out of their rented apartments and expect you to provide housing for them will come. If money is available, you have to give them money to pay rent at least one year. Secondly, you have to prepare for whatever election that may come up at any time including the normal and unscheduled elections. In case somebody dies, you have to do by- election. And by-election is not only limited to the House of Assembly, House of Representatives or Senate, it also includes localgovernment and even Councillor. So, you have to monitor each local government and possibly the wards to know what is going on there. And when there is a problem, which you always have anyway, you have to get leaders of the party from another zone
to go there and settle it. You have to be good in dispute resolution. When you leave a problem to linger for too long, it becomes a monster and develops into a big crisis. Once it develops into crisis, then it becomes very difficult for you to manage.

In spite of these numerous challenges, Lagos State is still one of the most relatively stable and progressive states in the country in terms of service delivery to the people. What was the magic?

You must have the attitude of getting reports from the wards to the local government level. What l did was to make sure that l have at my fingertips information about the goings-on in all the wards and the local government areas of the state. By virtue of my background as a lawyer and diplomat, l was able to develop a model that assisted me in dispute resolution. All through my stay as chairman, I did not allow problems in the party to get to the public. l expect the new chairman to fine tune this approach and inject a lot more innovations that will assist the party to continue to achieve the best in its future enterprise.

One cannot take it for granted that there was no power play within the party for all the 12 years you held sway. How were you able to survive all the intrigues that usually characterise party politics?

There is always power play everywhere. Even in churches, there is power play. But l know how to play my game. Fortunately, I have an understanding leader – Asiwaju Bola Ahmed Tinubu. He and other leaders of the party in the state didn’t give me any problem. Asiwaju is just like a family to me and he is always ready to assist the party. Anytime I had problems that l could not solve, l used to run to him. Sometime, he would select some elders in the party to go with me to tackle the crisis at hand. He has
a large heart and always ever ready to listen to you.

The major key factor is sincerity. The more sincere you are to your members, the better for you. I have learnt from the beginning not to allow finance of the party to affect my sense of judgment. When there is no scandal of money, no matter how little, you will get on well with the members. The first thing that can create problem for you is to tinker with the money of the party because there is no way you want to do it that they will not know. We have auditors who audit our account every year. When l was going, the account was also audited and l was given a clean bill. Money is one of the evils that can create problem within the party. So, for somebody to succeed, you must try to avoid it. If you do, you will have a successful tenure.

Asiwaju Tinubu is known for his ability to identify talents, which, perhaps, is why he supported your leadership. At what point did you meet him?

Yes, I agree with you, he is a great leader who has the capacity to identify talents. I met him in 1989 when he was not even a politician. He was then in Mobile as Chief Accountant and my brother worked with him. We met and our chemistry just worked together. At the advent of party politics, we were together in a group called Primrose where he contested election into the senate.

I was one of his foot soldiers. I had just left the government then and my chamber was in Ebute Meta. I was in charge of Mushin (what is now known as Mushin/Oshodi/Isolo today).We were challenging Alhaji Lateef Jakande then. So, we had Ase group and primrose in the Social Democratic Party (SDP). We were both members of Primrose. At that time, Lagos West was a vast area. It covered areas like Mushin, lkeja, Ajegunle and Badagry. I asked him if he would be able to cope with the challenge because it was not just a thing you just jump into and he told me that he got some friends around those areas to work for him. That was how we started. We knew he could not give us anything, but for prestige purpose, we worked for him.

In the primary, we were able to defeat Ase group. That day, there was serious rain everywhere; we were drenched to the pants including women. We remained undaunted and stayed on the line until the end of vote count and we won. It was easy for him to get such commitment from his supporters because when you see Asiwaju, you cannot but like him. He is a straightforward person. When he says he is your friend, he is your friend without any reservation. He cannot betray you. In fact, he prefers you betraying him than him betraying you. He is a man l can trust. He cannot for any reason leave you in the cold. He is very dependable and trustworthy. Even when he was forced to go into exile, we continued to work and give him reports of happening at home. When he came back and he said he wanted to be governor, we went to the primaries again with the same group and we won. Ase group through Alhaji Dawodu put up Funsho Williams, who happened to be a family friend. But this was politics; so, I supported Asiwaju and he eventually won the real election. As a governor, he gave us the needed foundation which others are building on it. That is why Lagos is progressing.