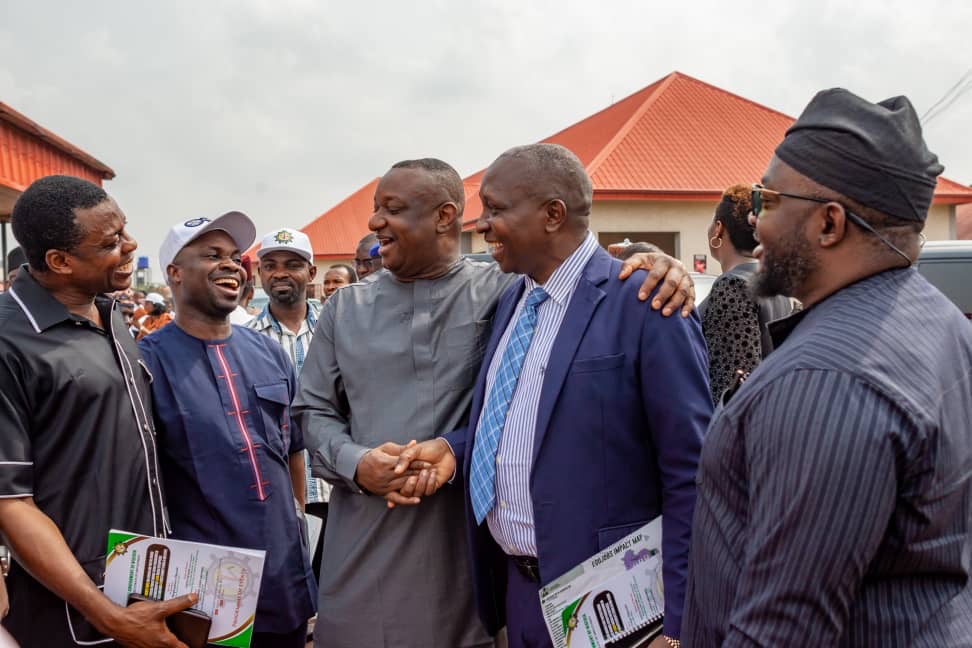 The Minister of State for Labour and Employment, Mr. Festus Keyamo SAN, FCIArb (UK) on Tuesday, February 25th flagged off the Edo State segment of the federal government’s Special Public Works programme aimed at providing transient jobs for more than 40,000 unemployed youths in every State including women across the nation.

The President Mohammadu Buhari-led administration recently devised the Special Public Works-SPW project as a relief for the unemployed in every State of the federation.

The Special Public Works is one of the projects coordinated by the National Directorate of Employment-NDE, an agency under the supervision of the honourable Minister of State, Festus Keyamo SAN.

In its first phase, the agency is expected to cover 8 States of the federation drawn from all the geopolitical zones  before taking off for the next phase of the project.

Edo State governor, Mr. Godwin Obaseki was a host of honour at the commissioning of the SPW pilot flagged off by the Honourable Minister, Festus Keyamo SAN and the Director General of NDE, Dr. Nasir Ladan Argungu and other dignitaries.

The SPW project, a presidency’s pilot special public works initiative will empower 40,000 citizens drawn from 5 local government of each states by providing transient jobs for women and youths.

The beneficiaries will be engaged for a period of 90 days to perform various public works in their communities. Also, micro loans were given to over 1000 business women to enhance their productivity.

SA Media &  Communications to The Hon. Minister of State for Labour and Employment

‘We made efforts to prevent it’ — Buhari breaks silence on coronavirus