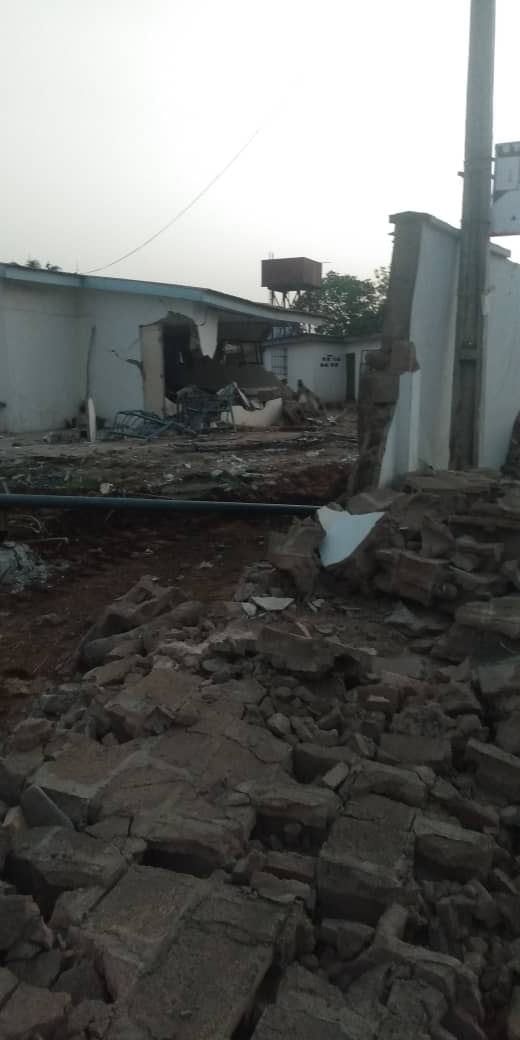 A group known as Saraki Legacy Forum has berated  the Kwara state government for demolishing the Saraki’s political home better known as “Ile Arúgbó” in Ilorin, the state capital.

In a statement on Thursday, Bibire Ajape, chairman of the forum, said the Sarakis had sued the government over the land where the home is situated, but the state carried out the demolition to frustrate the court process.

The Kwara government demolished the late Olusola Saraki’s property on Thursday morning. AbdulRahman AbdulRazaq, the governor, had earlier announced his decision to revoke it owing to alleged illegality in its acquisition.

The forum, however, accused the government of making false claims about the property, and carrying out the demolition to preempt the court on the matter.

It said the Sarakis had filed a case before the state high court — through Asa Investments Limited, owned by the late Olusola — challenging the governor’s decision to revoke the property.

“It will be recalled that while the Governor on December 27 claimed that there was no existing document showing that the land was properly allocated to late Dr. Saraki,” the statement read.

“The same government through its agent on Monday circulated a letter of allocation to Asa Investments owned by Dr. Saraki in which the company was directed to pay the sum of N1, 047, 090 (One Million, Forty Seven Thousand and Ninety Naira only).

“The government then changed its story that the property was allocated to a company which had nothing to do with any politician, dead or alive and that they could not find any record of money paid. The Saraki family has maintained that a Right of Occupancy title was issued to Asa Investment, an indication that the allocation was lawfully concluded with all parties meeting their obligations.

“The pre-emptive move by the state government to demolish the property was made to undermine and frustrate the judicial process and it represents another act of disrespect for the judiciary and the rule of law which the current government of Kwara State is known for.”