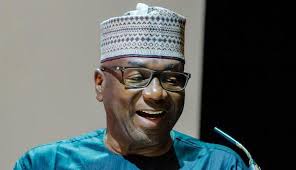 Governor of Nigeria’s north Central Kwara State AbdulRahman AbdulRazaq on Thursday congratulated Ghanaian President Nana Akufo-Addo over his victory in the just-concluded presidential ballot of the West African nation, describing it as commensurate with his giant strides in the past four years.

“The Governor believes that the victory is well-earned by His Excellency Nana Akufo-Addo on account of his sterling performance across sectors. The votes cast for Mr. President were indeed a reflection of what the people think of his stewardship,” AbdulRazaq said in a statement in Ilorin, the state capital, by his chief press secretary Rafiu Ajakaye.

“The Governor also commends the people of Ghana for another successful democratic transition. The photo-finish is a testament to how robust the country’s democracy is becoming. While commending him for his hospitable dispositions, Governor AbdulRazaq urges the president-elect to continue to keep a strong, healthy and people-centred relationship with Nigeria and other neighbouring countries for increased trade, better growth, and sustainable development.”