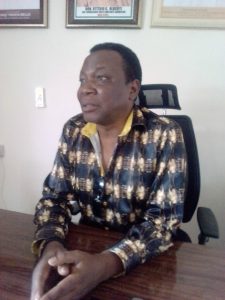 The Commissioner of Public Complaint Commission in Kogi, Mr Otitoju Gabriel Olusuyi on Tuesday said on a monthly basis, the Commission receives several complaints bordering on administrative injustices from members of the public in the state.

Otitoju, who was speaking in Lokoja after a road walk to mark the 43rd anniversary of the Commission, noted that more people had been trooping out to lodge their complaints following the increased awareness and sensitization campaigns carried out across the state.

He said most of the cases received bordered mainly on wrongful dismissal from service; non payment of compensations for landed property; non payment of salaries, pensions and other benefits to workers and pensioners, amongst others.

Otitoju said that a number of the complaints had been resolved while others are still pending.

The commissioner, who lamented that poor funding was hampering its activities in the state, appealed for improved budgetary allocation to enable the agency carry out its mandate effectively.

Mr Otitoju said that in an effort to reach out to the grassroots, the Commission had opened offices across 10 local government areas and plans to establish presence in all the 21 LGAs of the state by 2019.

According to him, the Commission over the last 43 years had been able to live up to its mandate to a greater extent.

He said services of the Commission is free and urged members of the public with complaints to approach the agency to seek redress.