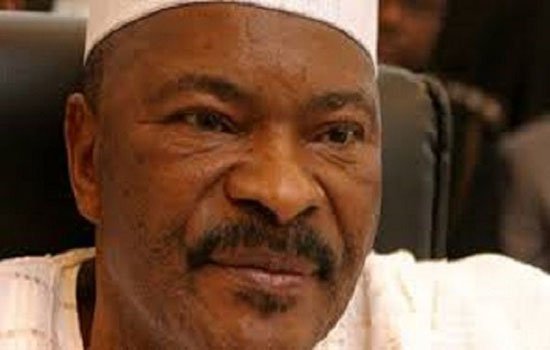 Former governor of Kogi State, Mr. Ibrahim Idris is said to be courting trouble with his alleged move to impose his son, Abubakar as the Governorship candidate of the Peoples Democratic Party (PDP) as the November 2019 governorship election in the state is fast approaching.

This alleged plan was said to have caused disaffection within the party with some party stalwarts vowing to resist the move and ensure that a popular candidate emerges after a credible primary election.

Sources revealed that the party has since been thrown into confusion and that Ibrahim Idris has been told not to make any move that would “allow the ruling All Progressives Congress (APC) have a field day during the election.”

PDP members in the state were said to have warned that the party should not allow what happened during the 2019 election repeat itself and that any attempt to impose a governorship candidate on the party would be counterproductive and vehemently resisted.

Some members of the PDP in Kogi State accused Ibrahim Idris of mismanaging the state as governor, adding that it was his carelessness that led to the defeat of the party in 2015, and that “we have had enough of Ibrahim Idris and we cannot allow him to spoil our chances through the imposition of his son, Abubakar on our party.”

Ibrahim Idris aka Ibro was accused of extorting money from those vying to succeed him then with a promise of allotting them the governorship slot, and that he had already started playing the same game now, promising the deputy governor’s slot to those who can pay.

They maintained that Ibro had turned the deputy governorship slot into a money-making machine.

According to them, this is a replica of what he did in 2015 over the governorship slot, and that politicians were currently trooping in and out of his Abuja residence to lobby for the number two post.

It was revealed that Ibro had been smiling to the bank on a daily basis as those he had approached had been sending money to him.

Sources revealed that one of the ways the the ex-governor planned to impose his son on the party was by ensuring that exorbitant nomination fee was charged by the party, which they said had driven many “good potential candidates out of the PDP into other parties.”

Aspirants have been allegedly charged N75 Million as nomination form fee without any cogent reason and according to a source “this is uncalled for and no one can justify why such a huge amount of money is being charged, when we are not the ruling party in the state.”

Sources added that the strategy was similar to the one used during the 2019 NASS/Presidential Election “when high nomination fees were used to push out potentially good candidates.”

They however, warned that this might cost the party the coveted seat and that it might affect the ambition of the party to take over power from the ruling APC in the state.

Some stalwarts of the party stated that it would be wrong to allow Ibrahim Idris to go back to reckoning as they described his tenure of office as disastrous.

Idris was accused of losing touch with reality in Kogi, and it was pointed out that his recent interview, where he said that he had no idea of the prevailing hardship in the state, was an evidence that neither he nor his son had anything good to offer.

Several members of the PDP in the state stated that if Idris was allowed to have his way then the party should forget about taking over from the APC in November 2019, adding that this would be disastrous as the people of Kogi State were said to be tired of the alleged misrule of Governor Yahaya Bello of the state, who was alleged to have destroyed the state in the last four years of being in office.

They posited that the party should be allowed to choose whoever it wanted as governorship candidate and that time had come to position Kogi State for real development.

“Ibrahim Idris should jettison his ambition. We all remember how he ran the state aground as governor. How can we now allow him to come back through his son to further destroy what is left of the state.

“Even a blind man knows that Kogi State has not been lucky with governors. “We recollect how former governor Ibrahim Idris siphoned the funds of the state to build his business empire and hotels spread across Lagos, Abuja and Dubal and built several mansions all over the country.

“As if that was not enough, we had Yahaya Bello from the APC, whose tenure is the worst in the history of the state.

“So we cannot afford another experiment in the person of Abubakar Idris, enough is enough,” said some stalwarts of the party, who called on the National Working Committee (NWC) of the PDP to “come to our aid and save Kogi State PDP from total destruction.”