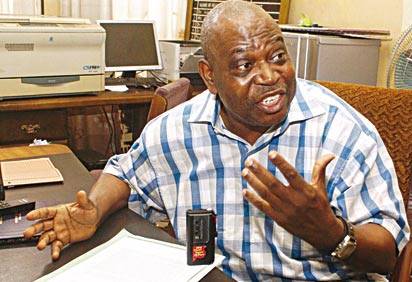 Four years after he caused the death of Prof. Festus Iyayi, Danladi Baba, a driver with Kogi Government House, Lokoja has been sentenced to seven years imprisonment for reckless driving.

Chief Magistrate Alhassan Husaini of Lokoja Chief Magistrate Court 11, who jailed Baba on Friday, said he found him guilty of reckless driving and causing the death of Prof. Festus Iyayi in a car crash in November, 2013.

“I have no option than to sentence you, Danladi baba, to seven years without option of fine,” the chief magistrate declared.

The chief magistrate cautioned government drivers against recklessness driving“ especially while on convoys”, and accused the drivers of abusing the privilege of driving VIPs.

“These siren-blaring convoys force on-coming and other categories of vehicles off the roads in a manner that exposes law abiding road users to hazards,” he fumed.

Baba had been arraigned on a one-count charge of causing death by dangerous driving, an offence punishable under section 5 of the Federal Highway Act CAP F. 13 of 2004.

According to the prosecution, Baba, while driving a Toyota Hilux pick-up van on the convoy of then Kogi governor Idris Wada, drove dangerously without regard to other roads users.

It said that the action led to a near head-on collision with a bus belonging to the University of Benin chapter of the Academic Staff Union of Universities (ASUU), which was traveling to Kano.

“The bus, in an attempt to swerve and avoid the collision, skidded and rolled over several times, leading to the death of Iyayi, while two others – Mrs. Ngozi Iloh and Dr. Enchanted Anthony – were injured,” it said.

Baba, who was visibly shaken by the sentence, openly cried in the court room while being dragged away by prison officials.