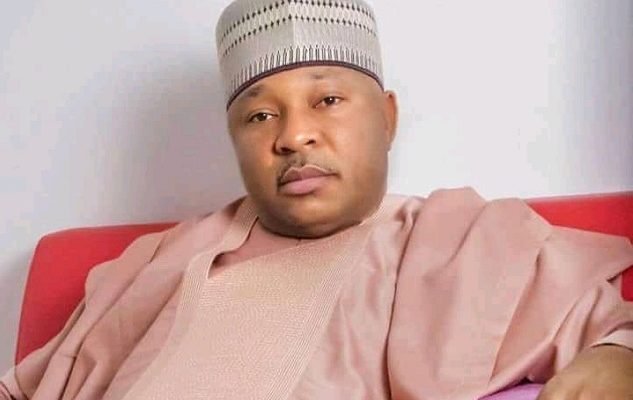 The United Political Parties, Kogi State Chapter, said it has endorsed the candidature of Dr Victor Alewo Adoji, of the Action Democratic Congress (ADC), for the Kogi East Senatorial seat in the rescheduled National Assembly election slated for 23rd February 2019.

In a statement signed by Hon Ibrahim Itodo, state leader and Hon Mohammed Lawal, Secretary Kogi UPP respectively, said without sentiments, the decision to support Adoji was taken after a careful assessment of his manifestos and carriage which makes him outstanding among 30 others running for the Kogi East Senatorial seat.

The statement which reads in part said “Having keenly followed the campaign and activities of Dr Victor Alewo Adoji’s sensitization and campaign manifestos to his senatorial district, without any iota of doubt or sentiment has proven that he has the competence, capacity and the character to be supported by the United Political parties into the Senate come 23rd February 2019 general elections

“In view of the above assertion therefore, the United Political Parties on this day 20th February, 2019 endorsed the candidate of ADC, Dr Victor Alewo Adoji as our conscientious candidate for the Senate to represent the good people of Igala/Bassa Kingdom.

“This endorsement is as a result of critical review of the past Representatives in the Red chamber and their non-performance non- participatory democracy in carrying the Constituents along in a democratic Manner.

The UPP said it was not surprised therefore that, the East/Bassa Elders political forum after careful interaction with the candidates also declared Dr Victor Alewo Adoji of ADC as the most acceptable and credible candidate for the election to represent Igala/Bassa Kingdom at the Red chambers of the National Assembly.

They maintained that “Dr Victor Alewo Adoji has proven beyond reasonable doubt by his theory of a Social contract principle and a bottom to up style of governance canvassed during his campaign and therefore clearly distinguished himself among others that he is more prepared to face the business of law making in the National Assembly.

“We are urging the good people of Igala/Bassa land to proudly support the candidate of the ADC, Dr Victor Alewo Adoji for Senate on Saturday 23rd February, 2019.

The group noted that the UPP is present in all the three senatorial districts of Kogi state and made up 26 political parties, saying that the endorsement is to prove to the people that the UPP has carried out an assessment of all the candidates contesting elective positions in the state.