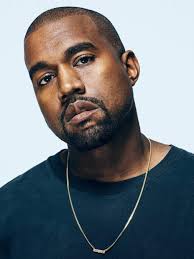 Kim Kardashian and Kanye West have some MAJOR beef with Taylor Swift — and it looks like their feud just got even more dramatic! Kim actually has claimed that not only did Taylor approve of Kanye’s controversial lyrics in ‘Famous,’ but there’s VIDEO proof her doing so. Yikes!

Talk about drama! Kim Kardashian, 35, is all about defending her husband, Kanye West, 39, and is NOT about to let Taylor Swift, 26, play the “victim” any longer when it comes to the drama surrounding Kanye’s infamous “Famous” lyrics. In fact, the reality star claims that Kanye got permission to diss Tay on his track AND that there’s video to prove it!

Fans may remember these seemingly offensive lyrics to Kanye’s “Famous:” “I feel like me and Taylor might still have sex. Why? I made that bitch famous.” Ouch! Pretty harsh, right? And Taylor seemed to think so too, but now Kim has revealed, that Taylor actually knew about the song’s diss and she was totally a-ok with it! Huh?

But the even bigger bombshell? Kim claimed there’s VIDEO proof of T.Swift verbally giving Kanye and his team her approval to speak about her that way in his song. “She totally approved that. She totally knew that that was coming out. She wanted to all of a sudden act like she didn’t,” Kim dished to GQ magazine.

And the alleged proof Kim discussed? It comes in the form of video footage of Kanye and Taylor’s convo, according to Caity Weaver, the reporter who wrote the mag’s article. “Why? Because Kim’s husband commissions videographers to film everything when he’s recording an album, for posterity (and possibly, one day, a documentary),” Caity wrote.

“So many respected people in the music business heard that [conversation] and knew …  I don’t know why she just, you know, flipped all of a sudden,” Kim continued. And now, according to the reality star, the whole world may get to hear that same conversation — but not if Taylor’s lawyers have anything to say about it!

While Kanye and Kim claim that Taylor approved the lyric, that it was even her idea; Taylor’s PR team has denied that she would ever do such a thing. Kim has even revealed that Taylor allegedly lawyered up and demanded that Kanye destroy the video evidence after learning of its existence.

“And then they sent an attorney’s letter like, ‘Don’t you dare do anything with that footage,’ and asking us to destroy it.” Kim divulged. “When you shoot something, you don’t stop every two seconds and be like, ‘Oh wait, we’re shooting this for my documentary.’ You just film everything, and whatever makes the edit, then you see, then you send out releases. It’s like what we do for our show.”

Kanye’s reps have confirmed that the footage is real, according to Caity, and that they were in fact contacted by Taylor’s lawyers. Taylor’s reps, however, have a different story: “Kim Kardashian’s claim that Taylor and her team were aware of being recorded is not true, and Taylor cannot understand why Kanye West, and now Kim Kardashian, will not just leave her alone.”

If a man’s virginity can’t be tested on wedding night, mine shouldn’t be tested – Uche Jombo on gender equality