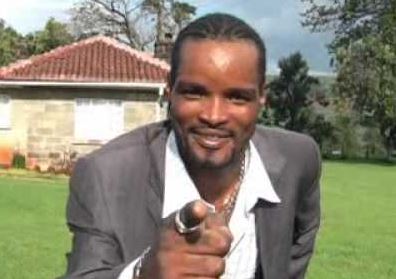 Kenyan musician, Atomy Sifa whose real name is Tom Mboya Ang’ang’a hasfled to Tanzania after claiming that his life was in danger.

In his words, Atomy says, ‘people called me, threatening that they would kill me for insulting Odinga in the song. I never knew what the song was all about. I was invited to be part of the video but later realised it was defaming Odinga.”

The song, ‘Uhuru Nyale’ (Uhuru is Capable), also urges the Luo to stop following Odinga, a plea that has not been met favourably by some members of the community ahead of the 8 August presidential election.

For those who don’t know, Odinga who is from the western province of Nyanza, is the official presidential flagbearer of the National Super Alliance (NASA), whereas Kenyatta, who hails from Kenya’s central region, is the leader of the Jubilee Party of Kenya.

According to his  relatives, Atomy’s home in Homa Bay County, Nyanza, is now deserted, ‘he has been praising Odinga in his songs for years and has nothing to show for it. What is wrong when he praises President Kenyatta?” a family member said.