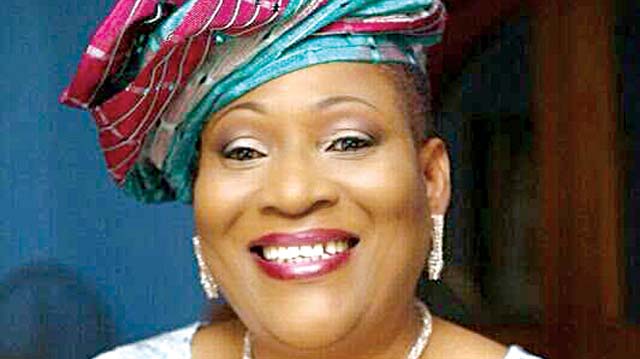 Contrary to a news report currently trending on the social media, the South West Zonal Women Leader of the All Progressives Congress (APC), Chief (Mrs) Kemi Nelson has denied lobbying for a position in the government of the incoming Governor of Lagos State, Mr. Babajide Sanwoolu.

The report is entitled; “2019:Sanwo-Olu in Trouble As Ex-Tinubu, Fashola’s Aides Lobby For Appointments.”

It was alleged in the report that, Kemi Nelson, a former Commissioner for Establishment,Training and job creation and later for Women Affairs and Poverty Alleviation during the administration of former governor Bola Tinubu, was spotted at Sanwo-Olu’s Ikoyi office, and that the visit “might not be unconnected with a position in the in-coming administration.”

However, a source close to Mrs. Kemi Nelson revealed that there was no iota of truth in the report and urged members of the public to disregard the allegation.

The source stated that Kemi Nelson is currently an Executive Director of a federal parastatal, a ranking member of the APC, a NEC member of the party, and a member of the Governors Advisory council in Lagos State, which is the highest decision making body in the government of the state.

According to the source, the report, especially where the name of Kemi Nelson was mentioned, was a figment of the imagination of the writer.

“it is common these days for people to write reports and imagine that certain things must have happened and feed members of the public with half truth and even blatant lies.

“It is surprising that people could insinuate that someone of the caliber of Kemi Nelson would lobby the incoming government for appointment,” said the source, adding that the report is very laughable.

The source stressed that Kemi Nelson is an accomplished politician, who has continued to soar higher in her duty of serving her state and fatherland to the best of her ability.

On why Kemi Nelson’s name was included in such a report, the source said that it was the handiwork of some “mischief makers, who are envious of the humble and enviable achievements of Mrs. Kemi Nelson over the years,” adding that the report would not deter the “reverred politician” from contributing her quota to the development of Lagos State and Nigeria as a whole.

Father and son arrested for impregnating 13 girl in Lagos