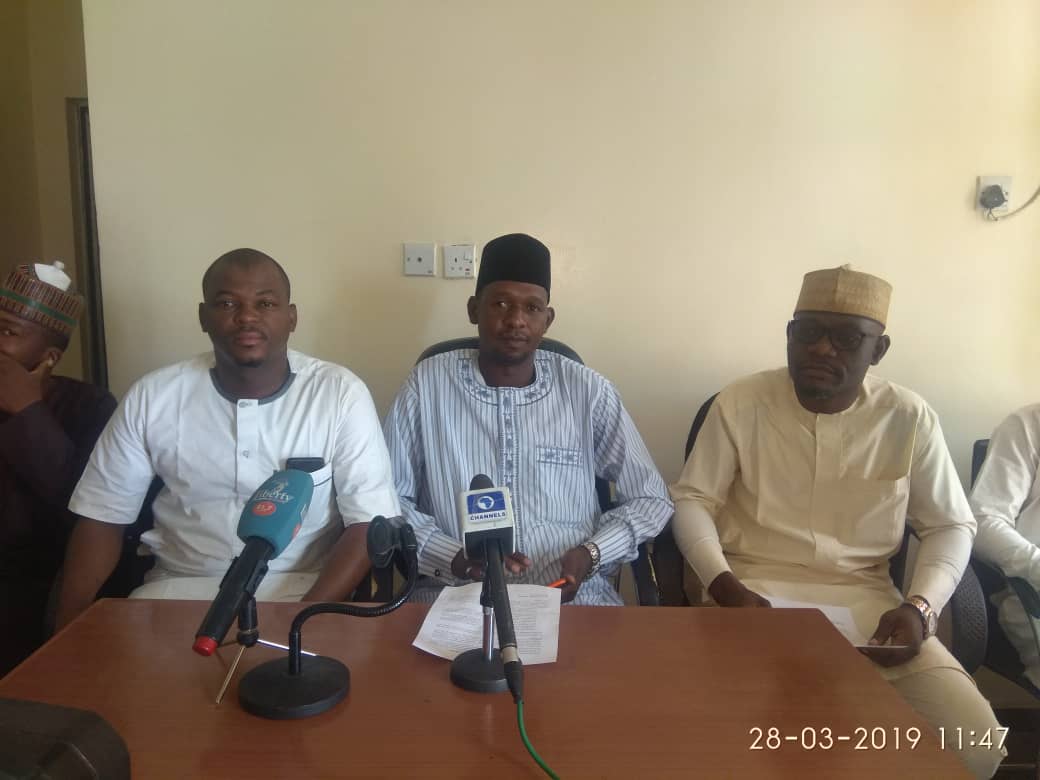 Kano Scholars Assembly, a group that is ally to Peoples Democratic Party (PDP) has described as unfounded reports that it engaged in vote buying and other electoral malpractice in the supplementary election held on March 23.

Addressing newsmen in Kano on Thursday, president of the group, Dr Yusuf Ibrahim Kofar Mata said the allegation was uncalled for in view of the fact that the Peoples Democratic Party (PDP) does not have the resources to buy votes.

According to him, it was the ruling All Progressives Congress (APC) that engaged in vote buying because it is the government in power which has resources and machinery to rigged elections.

“I challenge the APC to come out with evidences where we engaged in vote buying and other election irregularities during the re-run election.

“This is the election where the APC perpetrated open rigging to steal our mandate, widespread violence and voter intimidation were the characteristics of the election.

“As good citizen of Kano State, we found it necessary to stand against the charade conducted in Kano in the name of election which is not in conformity with the wish of majority people in the state,” said Kofar Mata.

However, the state governor, Abdullahi Umar Ganduje, while receiving a Coalition of United Political Parties (CUPP) at government house on Wednesday expressed surprise at PDP for claiming that the re-run election was not free and fair.

According to Ganduje, who won the supplementary election, said it was not only PDP that participated in the election, adding that about 42 parties that were involved in the contest accepted defeat.

“Everybody, every stakeholders had endorsed this election. The INEC, the security agencies acknowledged that this election was free and fair but due to devastation as a result of defeat, PDP is faulting the election.

“We can not rule out some skirmishes in some few places during the election and this what happened everywhere in the country. But overall assessment is the the poll is credible,” said Ganduje