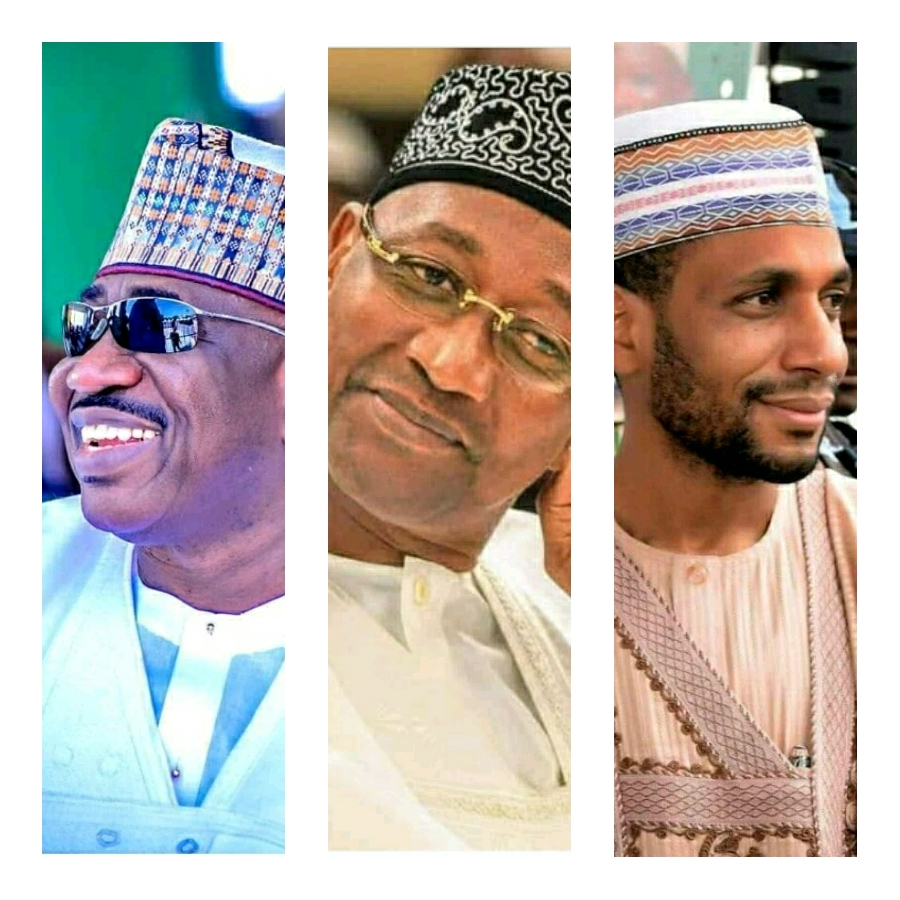 Even during the Roman Empire, gladiators were given outstanding priority by the Kings of those days, based on their bravery, courage in battlefields.

And also, perseverance, undivided loyalty and taking daring task during difficult times of fighting for continuous survival on the monarchical throne, were among the yardstick to promote any warrior to the much deserving position as a reward to acknowledge his bravery.

What had happened in those days is seemingly synchronic with what is presently transpiring in today’s Nigerian politics, particularly in Kano, my exalted state, which is not an exception in this regard.

The notion which strongly affirmed that ‘Only the daring deserved the jug, full of sweet-marmalade in the time of victory’.

It was seen by many political pundits, that the daring credibility and allegiance catapulted the trio to become front-bencher in the Khadimul Islam, kitchen cabinet, such as;Prince, Emir’s grandson.

That might even be the rationale for people branding them as prolific in terms of popularity and influences.

But the questions were already put by some analysts, meant to corroborate the reportedly said impression, as follows;

It is obviously known that every one good turn deserves another, and nothing happens spontaneously on a silver platter, without any cause or efforts.

But based on superficial perspectives, many including myself thought that these trios are Khadimul Islam right-hand’s men, who in the past took the bull by the horns, for the present state government of scaling through.

Firstly, let’s take the prince – who is the current party chairman, famously known for his fire-brand, pomposity and often wearing sternly-face to justify his bonafide royal background.

A one-time state commissioner of environment, who is lucky to have bumper to bumper proximity with his excellency, the ‘ Khadimul Islam.

A man whose everyone within the party is trying to avoid loggerheads with him in as much as you need ‘ Khadimul Islam ‘ to back you in your political aspiration within the party, an instance where the only ex-federal house member of Kiru/Bebeji, Hon. Kofa would give full testimony of this man strong influence in the party.

Secondly, the commander, fondly called ‘ Yaki sai da Kwamanda ‘ a young, light, -complexion politician who is believed to have built a solid base of influence in Khadimul Islam government.

The man raised not only with a silver spoon but with a political spoon in view of the key positions holding at his tender age.

The man whose courage during 2019 gubernatorial polls had his name dominated newspapers headline – also had his half-bared physique went viral all over, all in all, out-war to salvage his party from political nose-diving.

The man among the three formidable, who was certain of being among the list present state executive members.

A man who has been with ‘ Khadimul Islam ‘ for quite some decades, whose allegiance to him is undisputed. The comrade, who had in the last year run from pillar to post, tried to protect his master’s dignity originated from Daily Nigerian posted video scandal.

The Comrade who is said to be always on alert, keeping sleeves rolled up, walking tip-toed, staying wary in anticipation of any issue that may give his long-time master a sleepless night.