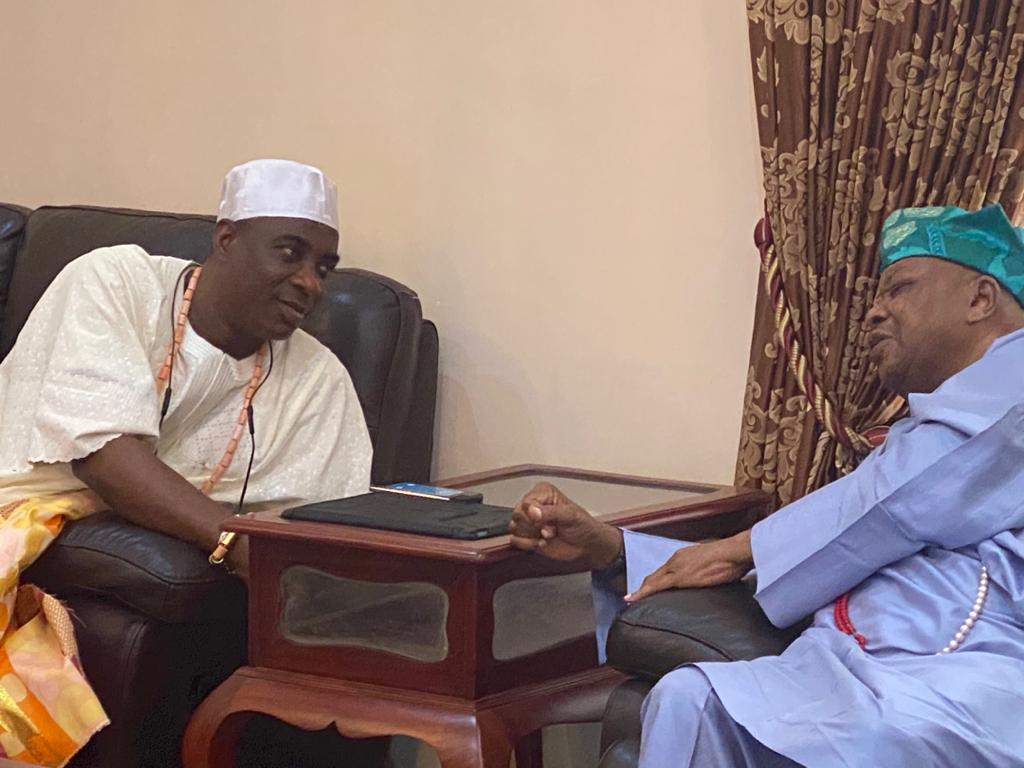 K1 said it is with consummate pleasure for him to celebrate his father whose reign has seen utmost peace and prosperity of the people in the last 6 decades.

K1 said ” On behalf of myself , my family and the entire people of Yorubaland , I wish to congratulate you for making Ijebuland an envy among other kingdoms in Nigeria and West Africa sub region in general.
“Your reign has seen unprecedented peace, harmony and progress for Ijebuland sons and daughters as well as the entire Yoruba people all over the world.

Today Ijebuland is a tourist as well as social and economic destination for all and sundry made possible by the welcoming and peaceful atmosphere which you have promoted in the last 60 years as the custodian of the throne of your forefathers.

K1 also said the Awujale has had a remarkable reign and has touched innumerable lives through his 6 decades of impactful and quality leadership to the people of Ijebuland.

While praying for long life and good health of the Ogbagba the second , K1, called on all the Ijebu people home and abroad to build on the legacy of the monarch towards keeping ijebu land the envy of people all over the world .

K1 also used this opportunity to congratulate the newly installed Iyalode of Ijebuland , Chief Mrs Bisi Oshibogun whom he describe as a worthy woman of substance that has proven herself in the society.