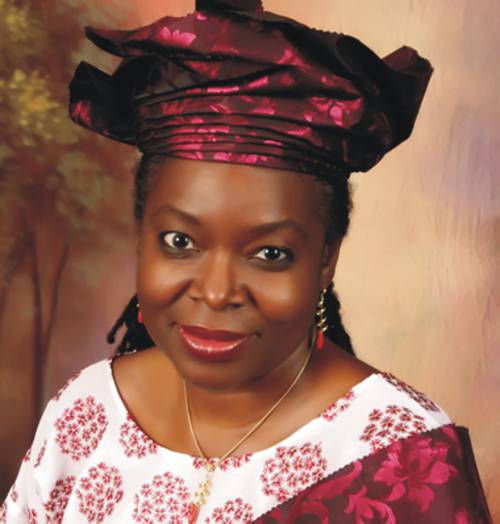 The Economic and Financial Crimes Commission (EFCC) is insisting that the N650 million alleged fraud case it instituted against a former Minister of the Federal Capital Territory, Jumoke Akinjide, and two others must be heard at the Lagos Division of the Federal High Court.

The anti-graft agency said motions filed by Akinjide’s co-accused, Senator Ayo Ademola Adeseun and Chief (Mrs) Olanrewaju Otiti, seeking the transfer of the case to the Ibadan Division of the Federal High Court is unmeritorious and should be dismissed.

Arguing the counter affidavits filed by the commission against the two motions yesterday, EFCC’s lawyer, Nnaemeka Omewa, maintained that the defendants’ rights of being charged in a court within 40km radius of where the alleged offence was committed has been upheld with the filing of a charge against them at a Federal High Court in Ibadan.

He added that all the defendants were also duely arraigned at a Federal High Court in Ibadan before Akinjide’s petition to the Chief Judge of the Federal High Court, Justice Abdul-Kafarati, led to the transfer of the case to Lagos.

“The matter was transferred to Lagos based on the complaints of the first defendant (Akinjide) and the position was never contested by her co-accused.

“It was after the matter has been transferred to Lagos and proceedings has started with the prosecution calling two witnesses that the two defendants suddenly woke up from their slumber asking that the matter be transferred back to Ibadan.

“Investigation of this case was done in Lagos and the prosecution has followed the Constitution in arraigning the defendants in Ibadan before the first defendant petitioned the Chief Judge for the transfer of the case to Lagos”, Omewa said.

He further noted that Section 98 (1) (2) of the Administration of Criminal Justice Act (ACJA) equally forbids the Chief Judge from transferring a case in which the prosecution has already called witness.

The lawyer urged the court dismiss the motions and continue with the hearing of the case.

Adeseun’s lawyer, Micheal Lana, had while arguing his client’s motion told the court that every ingredients of the case took place in Ibadan.

Lana further disclosed that his client was not aware of the petition written by Akinjide to the Chief Judge seeking the transfer of the case to Lagos.

He said: “The second defendant (Adeseun) had never asked that the matter should be transferred to Lagos and his consent was never sought by anyone in that regard.

“Everything needed to defend this case including the polling agents in the 1,955 polling units of the Senatorial District of my client were scattered across villages in Oyo State. The defendant has no means of bringing those witnesses to Lagos.

“Section 35 and 36 of the Constitution talked about giving the defendant adequate time and facilities to prepare for his defence. It will amount to a breach of the constitutional rights of the defendant for the EFCC to take him out of the 40km radius within which the alleged offence was committed”.

The same point was also canvassed by Otiti’s lawyer, Akinola Ayodeji. However, he was particular about the fact that he had filed the motion seeking the transfer of the case to Ibadan prior to the re-arraignment of his client in Ibadan.

“We filed our motion before the re-arraignment immediately after the matter was transfered to Lagos.

“The third defendant(Otiti) has 65 witnesses spread over 6 of the 9 local governments covered by the Senatorial District in which she contested election in Oyo State. The witnesses to be called are within these 6 local governments and it will cost a lot of money to bring them to Lagos”, he said.

Ruling on the motions has been reserved till 9th of November, 2018.

The three defendants were on 16th January, 2018, re-arraigned by the anti-graft agency before Justice Muslim Sule Hassan on a 24-count amended charge of alleged N650 million fraud.