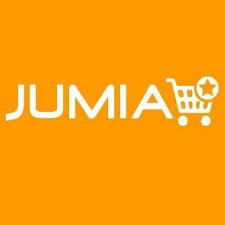 Shares of Jumia Technologies listed on the New York Stock Exchange (NYSE) declined considerably on Friday after a report by Citron Research.

In a short report released on its website, Citron Research, a US-based online investment newsletter headed by Andrew Left, said Jumia inflated the number of its active merchants and customers.

In the seven hours of trading on Thursday, Jumia’s shares lost 18% of its value. It had slightly recovered at the time of filing this report.

Citron said it received a copy of the Confidential Investor Presentation Jumia sent to investors in October 2018 and claims that the information contained therein is different from what was presented to the US Securities and Exchange Commission in April.

It claimed that Jumia reported a rise in active consumer numbers from 2.1 million in October investor presentation to 2.7 million by April while active merchants moved to 53,000 from 43,000 during the same period.

“The most disturbing disclosure that Jumia removed from its F-1 filing was that 41% of orders were returned, not delivered, or cancelled. This was previously disclosed in the Company’s October 2018 confidential investor presentation,” the report read.

“Instead, Jumia disclosed that “orders accounting for 14.4% of our GMV were either failed deliveries or returned by our consumers” in 2018.

“Since Jumia primarily sells consumer electronics, which should not have this high of a cancellation rate, it wreaks of fraud.”

Cecilia Ibru: Sanusi persecuted me thinking I wanted his job at CBN