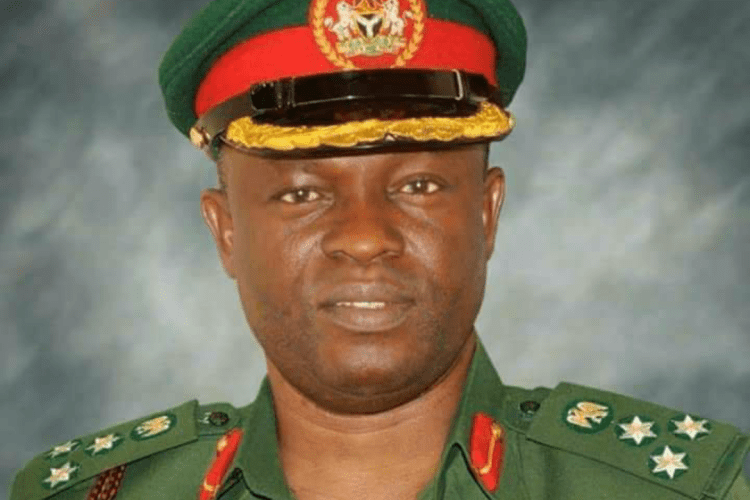 A Federal High Court, sitting in Abuja on Wednesday, ordered the interim forfeiture of the sum of $376, 120, (N136 Million) reportedly seized from Major General Hakeem Otiki, to the Federal Government.

Gen. Otiki was the General Officer Commanding, GOC of the 8th Division of the Nigerian Army based in Sokoto.

The controversy for the general followed reports last year of the disappearance of N400 million reportedly meant for operational use after a team of five soldiers asked to escort the money from Sokoto to Kaduna disappeared.

The order for the interim forfeiture was given upon the prayers moved by the Economic and Financial Crimes Commission, EFCC, which is investigating the case.

Justice Ijeoma Ojukwu who gave the order directed the EFCC to publish the interim forfeiture order in a national daily to enable persons with interest in the funds to come up within 14 days following which a final forfeiture order would be given.

The EFCC had through its lawyer, Ekele Iheanacho, informed the court that the forfeited money was part of the N400 million that was lost during escort from Sokoto to Kaduna.

In the supporting affidavit deposed to by the EFCC’s Alvan Gurumnaan, the commission said:

“Major General Otiki was a serving military officer and the immediate-past General Officer Commanding Division of the Nigerian Army, Sokoto. He was the chief accounting officer of the division.

“That one Alhaji Ado, together with his son, Adamu Aliyu, is into the business of Bureau De Change (BDC). They are business associates of Major General Otiki as they assisted him (Otiki) in operating his BDC business known as Karama BDC.

“The office addresses of the BDC and hotel are respectively in Lagos and Ibadan”.

“To facilitate the above unofficial transaction, Major General Otiki provided detailed military security escort for Alhaji Ado from Kaduna to Sokoto and back to Kaduna.

“That he Nigerian Army Headquarters specifically released special intervention funds to the 8 Division of the Nigerian Army headed by Major General Otiki for the purpose of improving on the infrastructure within the said 8 Division.”