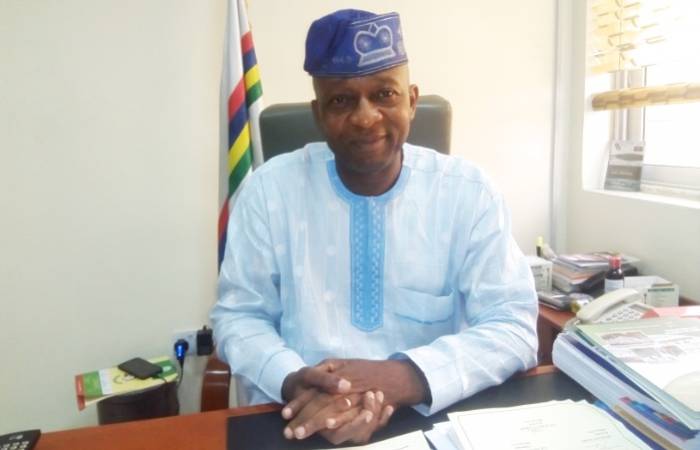 The new Apex leader of Ndigbo in Lagos All Progressives Congress, APC, Hon. Jude Chukwenemeka Idimogu, representing Oshodi Isolo Constituency in the Lagos State House of Assembly, has expressed commitment into the reconciliation of all Igbo in the party and the state in general.

While saying he was not begging for the leadership of Ndigbo in APC in Lagos, stressed that he was only committed to the reconciliation of Igbo in the state.

Idimogu however, maintained that he is the most senior elected person in Ndigbo Lagos APC to date.

He made the remarks during a chat with newsman in Assembly premises, recently.

Idimogu said a lot of people had been urging him to bring the Ndigbo together in Lagos State but had ignored because of the enormous task involved, “Igbo is not easy to put together, because all of them are self-made you need to beg them appealing to them before you can put them together and which Joe Igbokwe can not do and that’s why he is having issues with Igbo in the state and APC.’

Jude explained that Igbokwe has been leading the APC Ndigbo in Lagos State for the past 20 years without anyone challenging him and “now people you are leading said they don’t want you again and I know that they have not come together in a place to appoint you as Apex leader.

“The thing is that Igbokwe is only lucky to be in government. He should give thanks to Asiwaju Bola Tinubu for keeping him till now.”

Idimogu, who has been endorsed as the new Ndigbo apex leader, used the medium to challenge Igbokwe to go and contest for election and win in his local government before he can engage in any conversation.

According to Idimogu, “During Igbokwe’s confirmation in the House of Assembly they could have appointed him as a commissioner they asked him to introduce himself he said he is a Nigerian who is not a Nigerian.

Why did he want to reap where did not sow, are you not proud of your people.”

He, therefore, called on Igbokwe as a senior brother, to step down, saying, ‘he has been there for over 20year and he has not been productive towards the party and the Igbo, he should stay off and encourage people like us that we are coming behind him and give advice on what to do or not, for me I don’t have issues with him,

“I know the party is watching and both of us everything we are doing is in favour of the party,” he stated.

Otaru of Auchi honors Ize-Iyamu with a title, praises his respect for traditional institution