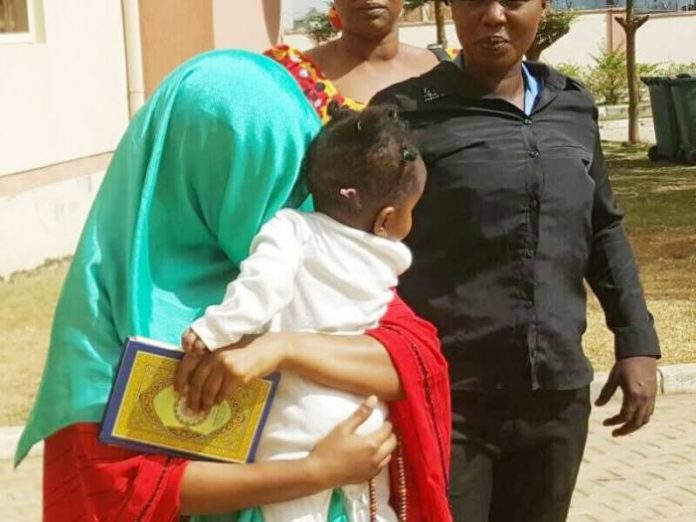 The lawyer representing Maryam Sanda, the suspect who allegedly killed her husband, Bilyamin Bello, has withdrawn from the trial

Sanda is facing a two-count charge of homicide for the alleged murder of her husband. The deceased was the son of a former chairman of the People’s Democratic Party, PDP, Haliru Bello.

She was arraigned at the court by the Nigeria Police alongside Maimuna Aliyu, her mother; Aliyu Sanda, her brother, and Sadiya Aminu, her housemaid, whom are also accused of conspiracy to murder.

In a notice of withdrawal of counsel filed before the court and signed by Joseph Daudu, said to be in “pursuant to Section 492(3) of the Administration of Criminal Justice Act, 2015”, the counsel asked the court to “take notice that Mr. J.B. Daudu (SAN) hereby withdraws appearance as counsel to Maryam Sanda charged as 1st defendant in this case.”

The notice by Daudu, a former president of the Nigeria Bar Association, was dated September 18.

Apart from Daudu, the counsel to Sanda’s mother, Rotimi Ogunesan, also withdrew from the trial.

Ogunesan, in a separate letter dated September 20, informed the court of his withdrawal from the trial.

When contacted on Wednesday, Ogunesan said the withdrawal ”is on a personal note that needs not to be disclosed to the public.”

The trial which was scheduled to resume on Thursday is not expected to proceed as planned as the remaining legal team for the defendants (from the Chambers of Ricky Tarfa & co) had written to the court registrar to apply for “a vacation of the scheduled date of October 4 and for an adjournment.”

The letter, signed by the chambers’ deputy head, Olusegun Jolaawo, stated that, “The matter stands adjourned to the 4th of October, 2018 for continuation of hearing. However, the 1st defendant, Maryam Sanda was delivered of a baby boy on the 7th of August, 2018 at the Nizamiye Hospital Ltd. Abuja and is still recuperating. She is not yet strong enough to withstand the rigors of trial.

“We are in receipt of notices of withdrawal of representation recently filed by the counsels to the 1st and 2nd defendants herein and pursuant to which there has been indication from the said defendants that we are to take over the representation of the 1st, 2nd and 3rd defendants in addition to that of the 4th defendant.” the letter added.

With these developments, the court has been asked to consider November 7, 8, 13 or 14 as possible new dates for the continuation of trial.