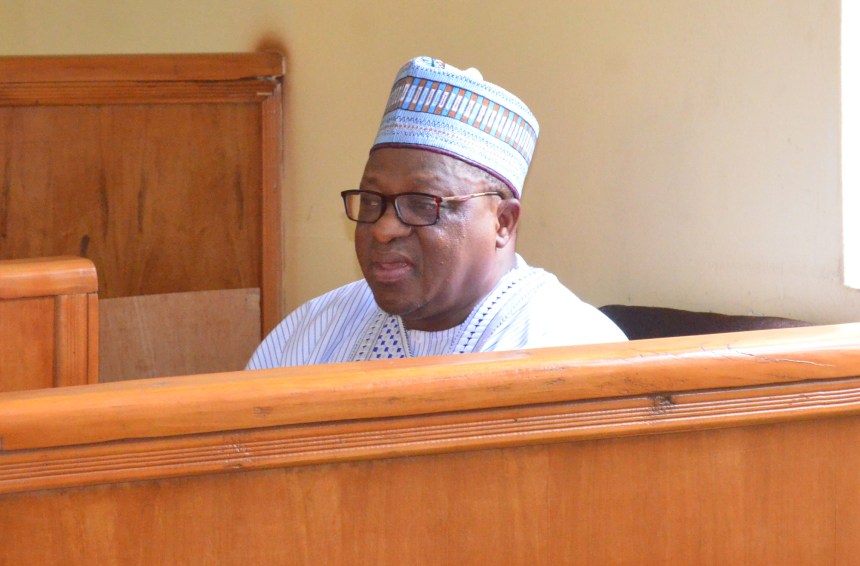 Six months after his conviction by a Federal Capital Territory High Court, Senator Joshua Dariye is still receiving the N750, 000 salary and N13.5m monthly running cost from the National Assembly, The PUNCH reports.

Investigations revealed that Dariye, who represents Plateau-Central Senatorial District, was still receiving the allowances because his seat had yet to be declared vacant by the leadership of the National Assembly.

Dariye, who was governor of Plateau State from 1999 to 2007, was prosecuted by the Economic and Financial Crimes Commission and convicted by Justice Adebukola Banjoko of an FCT High Court for embezzling N1.162bn

He was subsequently sentenced to 14 years in prison, but his sentence was reduced to 10 years by the Court of Appeal which upheld his conviction last month.

The ex-governor had even made a non-refundable payment of N8m for the All Progressives Congress’ Senate forms but was screened out by the party in September.

Speaking with the Punch correspondent on the telephone, an aide to Dariye, Mr Christopher John, said the convict and his aides were still receiving their full allowances.

He said Dariye had appealed his conviction at the Supreme Court and it would be unfair for his seat to be declared vacant when he had not yet exploited all legal channels.

John said, “He has already appealed the case; so he is still a senator pending the decision of the Supreme Court.

“It is right for us to still be receiving salaries because his case has not ended. There are many other senators having issues with the courts like Senator Attah Idoko from Kogi State. Judgment was given in favour of AVM Isaac Alfa but since Idoko has appealed the case, he is still serving and attending sittings as a senator pending the outcome of the case.

“Aides should still be receiving salary because Dariye is still a senator. And he is still receiving his allowances and will continue to do so until the case is closed.”

Also speaking with our correspondent, the Special Adviser to the Senate President on Media, Yusuph Olaniyonu, said he could not confirm if Dariye was still receiving allowances or not.

Olaniyonu, however, said the former governor’s seat could not be declared vacant until the leadership of the Senate received official communication from the Office of the Attorney General of the Federation.

When asked if the Senate was not aware of the highly publicised conviction of Dariye, Olaniyonu said the legislative arm of government does not act based on media reports but on official communication.

He said, “The Senate President has no power to declare any seat vacant except he is presented with a request. We have to receive official communication from those who prosecuted him. We cannot read a report in the newspapers and go ahead to declare his seat vacant.

“Even if a senator dies, his family would inform the leadership of the Senate or senators would go and pay a condolence visit and officially confirm that he is dead and then the Independent National Electoral Commission will be notified that the seat is vacant.

“Those who convicted Senator Dariye never informed us that he had been convicted. In fact, we even read that he bought the APC ticket to contest for re-election. The AGF prosecuted him and he ought to write the Senate so that the seat can be declared vacant and another election conducted.”

But the Director for Information at the National Assembly, Mr Jerry Agada, said there was no court order or directive from the Senate President to stop Dariye’s salary and so it could not be stopped.

Agada said it was possible for Dariye’s salary to be withheld pending the outcome of the case in court but the National Assembly Commission had no such powers to stop it.

He said, “The procedure of the National Assembly is that a person’s seat must be declared vacant before he is no longer a senator. Based on the latest information we have, they said he had taken the matter to the Supreme Court

“On our own, we have no power to stop the salary or allowances of any senator whose seat has not been declared vacant. Our intention was that his pay would be put on hold pending the outcome of the case but do we even have such powers?

“He remains a senator in the eyes of the law. It is not a matter of morality now but a matter of law. The power to declare any seat vacant resides in the Senate President or the Speaker.”

We disagree with Northern Elders Forum on Buhari – ACF