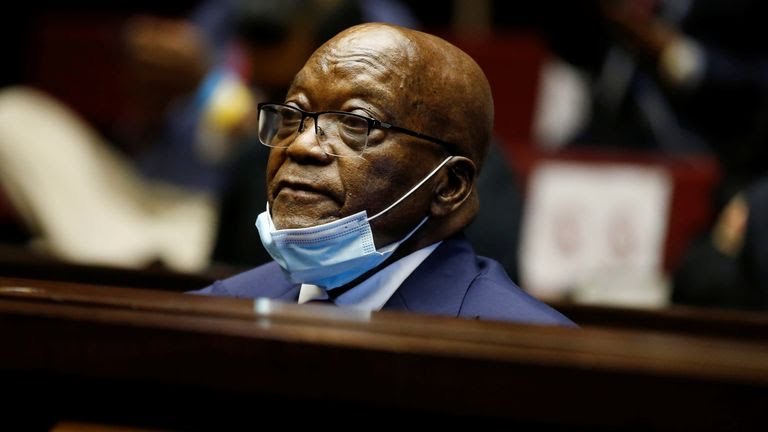 The inquiry is looking into allegations of high-level graft during Zuma’s time in office from 2009 and 2018.

Zuma denies wrongdoing and has so far not co-operated with the inquiry.

The former president, who was not in court, has to appear before police within five days, the judge added.

If fails to hand himself in, South Africa’s minister of police and the police commissioner have been ordered to take him into custody within three days.

Zuma is the first former South African president to be handed a prison sentence.

In a previous 21-page letter to Chief Justice Mogoeng Mogoeng, which the court has described as “scandalous”, the 79-year-old ex-leader claimed he was ready to be sent to prison.

It comes after the inquiry’s lawyers approached the constitutional court seeking an order for Zuma’s imprisonment.

A spokesman for the former political leader told broadcaster eNCA that Zuma would be issuing a statement later, and gave no further details.

Zuma had become increasingly unpopular after facing a string of corruption claims when he resigned in February 2018.

The allegations against Zuma include that he allowed businessmen close to him – brothers Atul, Ajay and Rajesh Gupta – to plunder state resources and influence policy.

The Guptas also deny wrongdoing and left the country after Zuma was forced out of office, and succeeded by President Cyril Ramaphosa.

Zuma is also facing a separate court case and charges – which he has denied – related to bribes that he allegedly received in connection with a $2bn arms deal in 1999, when he was deputy president.