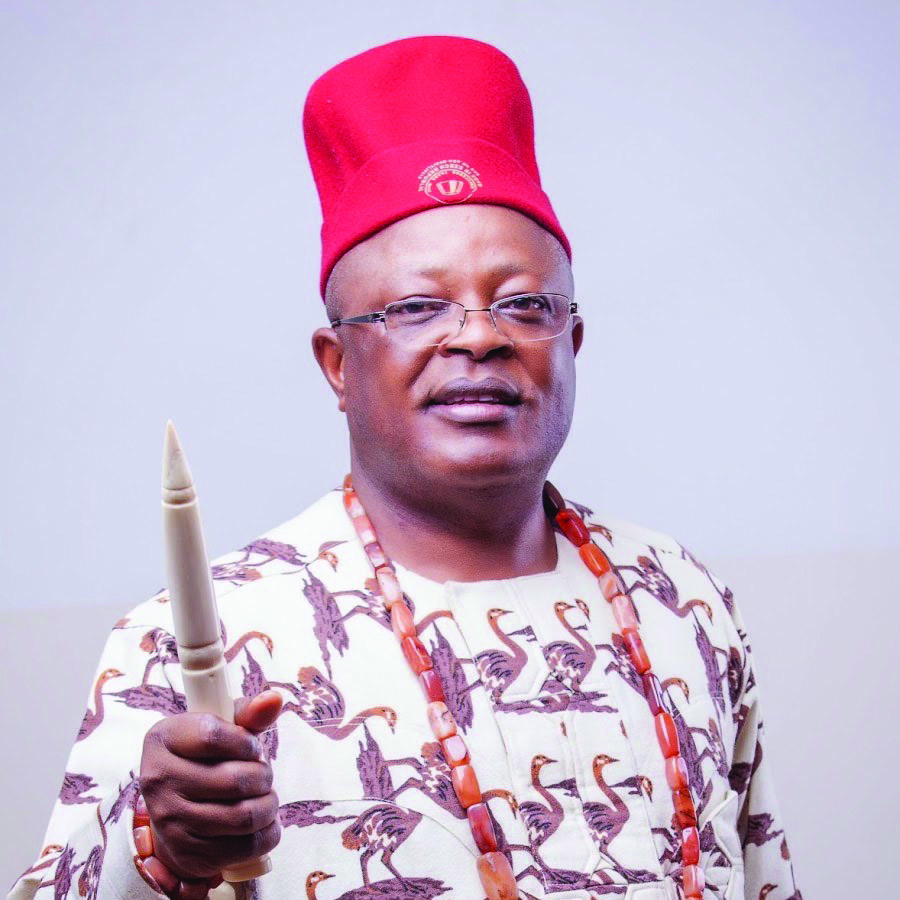 Governor David Umahi of Ebonyi state has been declared winner of Saturday’s governorship election in the state.

His closest challenger, Sonni Ogbuoji of the All Progressive Congress, APC, got 81703 votes.

“I hereby certify that I Prof Chukwuemeka Eze was the Returning Officer of the governorship election held on 9th math 2019 in Ebonyi state.

“That David Umahi Nweze of the PDP having satisfied the requirements of the law and having scored the highest number of votes is hereby returned and elected,” he said.

Mr Eze, who is the Vice Chancellor of Federal University of Technology Owerri, said the total valid votes was 482,018 while 10,984 votes were rejected bringing the total votes cast for the election to 493,002.

Mr Umahi, who was the candidate of the Peoples Democratic Party, PDP, has thanked the people of Ebonyi state for re-electing him.

Mr Umahi, in a statement by his Chief Press Secretary, Emmanuel Uzor, promised to consolidate on his achievement.

He also reiterated his readiness to hand over power to the Abakaliki bloc in 2023 after completing his second term.

Mr Umahi described the election as a “reflection of the wishes of the people who have been resolute and desirous of consolidating on the already achieved development in the state”.

He promised that his second term projects would include the construction of Ebonyi airport, Olympic-size stadium and completion of the already started 198 km Abakaliki ring road.

Mr Umahi said his closest rival and candidate of the All Progressive Congress, APc, Sonni Ogbuoji, was never his match.