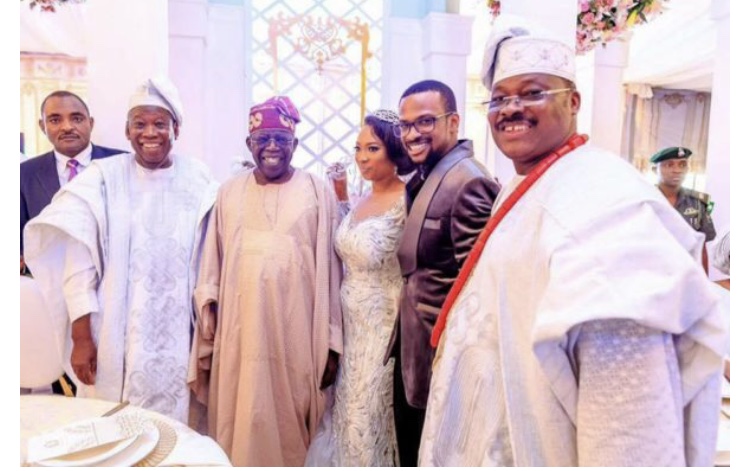 A prominent Kaduna-based Islamic cleric, Ahmed Gumi, has condemned the grand wedding of the Kano state governor Abdullahi Ganduje’s daughter Fatima and Oyo state governor, Abiola Ajimobi’s son, Idris, which lasted for two weeks. The first leg of the wedding took place on March 3rd in Kano while the last leg of the wedding took place in Ibadan, Oyo state over the weekend.

According to Premium Times, Sheik Gumi said the wedding where the couple were seen holding hands and cuddling is a ”disgrace to Islam and parenting in northern Nigeria”. He criticised the Sharia police in Kano for allowing such a thing to happen but were so quick to punish Nollywood actress, Rahma Sadau who was shoooting a music video in which she had body contact with the singer, Classic.

The muslim cleric warned the people of Kano to be cautious of what he called the “wrath of God” citing the example of the crisis in Borno State.

Look at what happened in Kano. That thing really upset me. The daughter of the governor cuddling in the presence of people. Yet it was the same state that sanctioned an actress for cuddling someone in a musical video. Now the daughter of the governor has done it which means it is now legal. Where is the so-called hisbah in the state? This is the kind of leaders we elect. I am calling on the people of Kano fear Allah. This is the height of immorality and to also remind you of what happened to Borno state. You should not provoke Allah.” he said