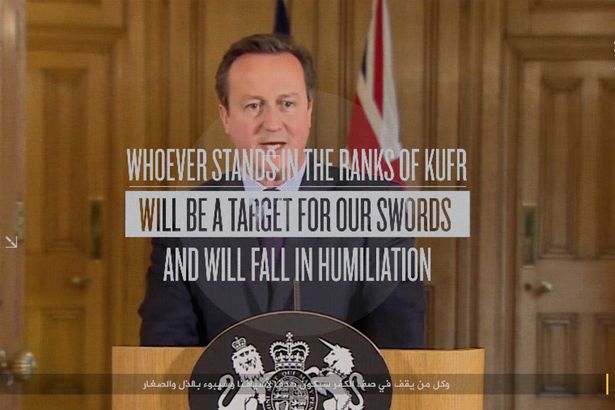 ISIS has released a terrifying new video featuring the final messages of the terror thugs who carried out the Paris terror attacks – and with it a chilling threat to the UK.

The slickly-produced footage, released by Al-Hayat, the propaganda arm of the savage terror group, features the final words of the killers behind the deaths of 130 innocent people in Paris in November.

At the end, it features footage of British RAF warplanes and, finally, David Cameron with the words: “Whoever stands in the ranks of kufr (unbelievers) will be a target for our swords and will fall in humiliation.”

ISIS earlier released a chilling image portraying the Paris terror attackers as action movie-style heroes – and promised to release more footage of the sick scum who horrified the world.

The poster, also released by Al-Hayat, features the faces of eight of the jihadis who slaughtered 130 innocent people on November 13. Terror expert David Thomson and activist group Ragga Is Being Slaughtered Silently say the poster is promoting a soon-to-be released video of the massacre.

It features the words ‘Kill them wherever you find them’ and in French and Arabic, as well as the words ‘coming soon’ – which may be a reference to further attacks on its enemies.

The co-ordinated attacks in Paris led to the slaughter of 130 people – including one British man.

There were six separate assaults , including two suicide attacks and a bombing near the Stade de France stadium and shootings at a restaurant.

But the most devastating was a massacre inside the Bataclan theatre, where US rock band Eagles of Death Metal were playing to a packed crowd.

Two gunmen first sprayed cafes outside the concert hall with machine-gun fire, then went inside. 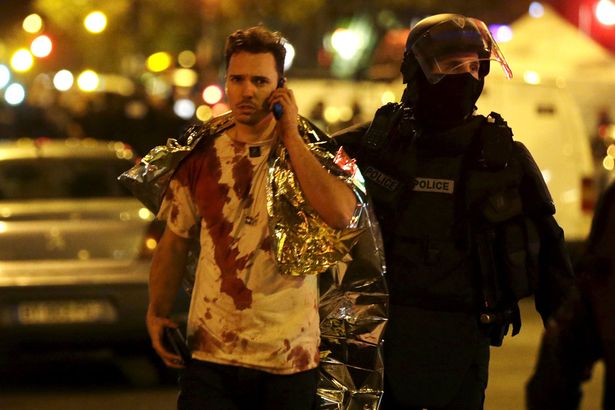 Gunmen then opened fire on the panicked audience in a sickening prolonged assault and detonated suicide vests as police closed in.

ISIS claimed the attacks, saying they were revenge for French airstrikes on their fighters in the Middle East.

The Stade de France attacks were carried out by Bilal Hadfi, a 20-year-old French citizen who had been living in Belgium, M. al-Mahmod, who had entered the EU with Syrian refugees via Greece on 3 October and a bomber carrying a passport belonging to a 25-year-old Syrian named Ahmad al-Mohammad.