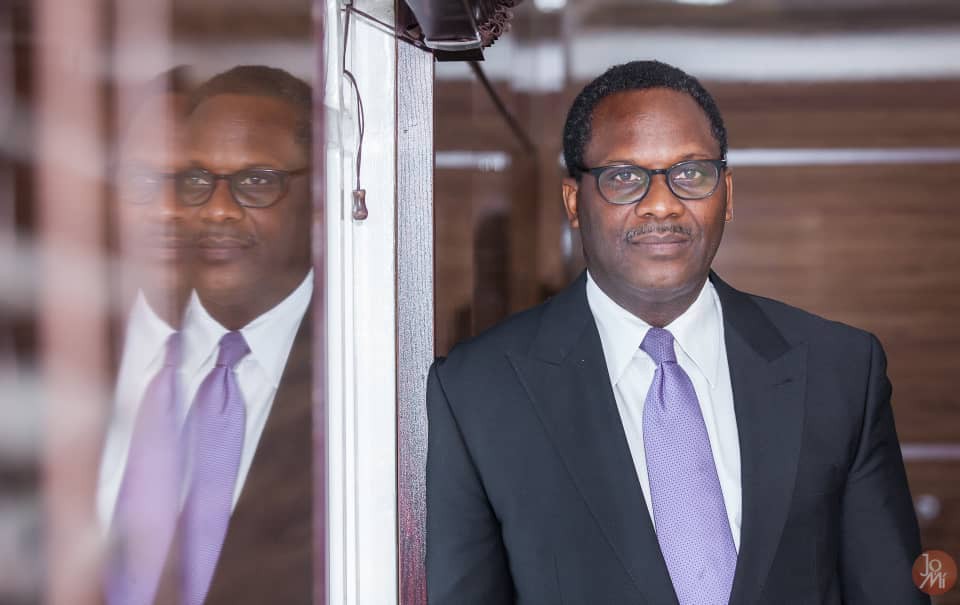 There are certain things people don’t know about Babatunde Irukera, the man at the helm of affairs at the Consumer Protection Council. Irukera has practiced law for almost 3 decades in Nigeria and the United States focusing on both civil litigation, and criminal defense work. For a man who is member of Nigerian Bar Association, American Bar Association, International Bar Association, Washington State Bar Association and American Society of International Law, it then becomes worrisome when people confuse the diligent work he started since he took over the Council to mean that he is on a spree to re-launch himself into the political scene.

No doubt, Irukera is a seasoned politician whose expertise is needed in the political atmosphere of Nigeria. As a technocrat, he knows the right tool and policy to mitigate every quagmire. One would be right to call him “The Game Changer.” As much as I know, he is presently committed to restoring CPC to better perform its mandate on consumer rights protection. Several times, Irukera has been called upon to vie for Kogi West Senatorial seat in 2019. The coordinator of Kogi West APC Stakeholders Forum, Hon. Musa Abubakar Ibrahim, said “we are calling on Barrister Babatunde Irukera to heed the popular demand in Kogi West and contest 2019 Senate election. We are solely behind him because he is an inspiration to the upcoming generations. He has relevant experience, poise, finesse, intellectual capabilities required for robust representation of Kogi West in the Senate.”

Therefore, seeing comments like “CPC is his launch pad for media hype…the DG wants to be Senator and he’s looking for media attention,” really shows there is something the public is missing about this game changer.

Before becoming the Director General of Consumer Protection Council, he has been actively involved in Nigeria’s legal system and political scene as an advocate of justice and good governance. His antecedents have put him at vantage points to contest and win any election. For long that the desire of Irukera is to improve the social and economic wellbeing of the people, ensuring quality of services rendered to consumers remains his foremost desire at this present time.

On the recent uproarious development regarding Krispy Kreme, a company which was suspended after it was discovered it’s using expired raw materials to produce its doughnuts. The regulator says that the operator changed the “use by” date on the raw material to “best before” date, without NAFDAC safety approval. Three weeks after the suspension, NAFDAC came up with a report that says the company had enough unexpired stock apart from the expired ones to allow the company continue operating safely. The Nigerian populace clearly misunderstood the report made available after NAFDAC’s investigation. There is no need for misconception, CPC and NAFDAC are sister institutions that works in synergy. The role of CPC is to blow the whistle whenever it feels any consumer right is being infringed. The ball was then passed into NAFDAC’s court to carry out an investigation. The idea is, the suspected company must be placed on suspension while the investigation is being carried out and after the investigation, CPC and NAFDAC did not hesitate to lift the ban placed on the company.

This is not the first time the CPC of Babatunde Irukera is coming to the rescue of consumers, it could be recalled that earlier this year, some rice depot stores and ware houses were shut down for selling substandard bags of rice in Uyo, Akwa Ibom State. While the stores and the warehouses were closed, the perpetuators were brought to book for selling harmful products to unsuspecting consumers and putting the lives of customers at harmful health risks. Recently, CPC also carried out an unscheduled spot inspection at the production facilities of Caraway Africa Limited (makers of FreshYo Yoghurt) and FrieslandCampina (makers of Peak Milk). It is worthy to note that CPC is after compliance and consumer protection, nothing more as being speculated.

It is important to raise awareness on informing people to be on the side of caution concerning what they eat and consume. Food products that have exceeded its “Use-by” or “Use Before” dates must not be eaten and it is harmful to produce food products with expired raw materials. Use-by and best-before dates are often confusing, especially to consumers, but the differences between them are easy to remember once you know what they are. Why are these differences important? Expiry and Use Before dates are about safety. Global prevailing standard states that the product should no longer be consumed after those dates. The Best Before date, is not necessarily a safety matter, it is a quality issue, meaning the product is best consumed, or tastes better when used before that date, but is not unsafe after that date. What about the matter of changing Expiry or Use Before to Best Before? By this conduct, Krispy Kreme unilateral changed the manufacturer’s directive. If there should be any change, whatsoever, it must be upon the approval of the regulator in charge, which is NAFDAC.

Before Irukera resumed work at the Consumer Protection Council, he has been involved in the settlement of a varied array of commercial disputes, appellate immigration cases, civil rights, employment, and forfeiture disputes. He has also led, or participated in negotiating and resolving complex and intricate commercial disputes. His long years of experience makes him the best hand to reposition CPC to carry out its mandate.

Away from the current performance of the Director General of Consumer Protection Council, Spiegel, one of the foremost and widely read German news magazine once said this about Irukera “there are days when Babatunde Irukera feels like nothing can go wrong?—?not with the evidence that he has gathered, the letters, reports, protocols and all the witnesses. On days like this he believes that, after 11 long years, justice can finally be served for the children of Kano, for his homeland Nigeria, and for Africa.”

This was said about Irukera after he led a legal team that secured justice for victims following a controversial clinical trial by Pfizer pharmaceutical company in Kano in 1996. Pfizer had progressed final stages of a clinical trial of their then proposed antibiotic, Trovan during the largest meningitis epidemic break out in northern Nigeria. With the resilience of Irukera and his team, the case came to a close by a negotiated settlement of $80 Million as justice for children and families affected. This deal remains the largest settlement yet in Nigeria.

As Nigeria is creating the enabling environment for ease of doing business, market operators should not be left loose to exploit Nigerians. A free market economy?—?what it means is that the role of the government is less, not that it has no role to perform. One of the roles is to provide a safe environment for operators and consumers. CPC and other regulators must continue to pursue their Constitutional mandates to checkmate the excesses of market operators. Just as it is in the ongoing case of Federal Government of Nigeria and Multichoice Nigeria Limited, the CPC is acting in pursuant to Section 2(i), 10 and 16 of Consumer Protection Council Act.

Before CPC secured an interim Court Order prohibiting Multichoice’s increase in subscription rates pending further hearing, CPC concluded an investigation in 2016 and issued certain Order. Similarly in 2017, CPC commenced a broad investigation with respect to increased number of complaints. Some are: failure to receive signal after subscription; confusing toll-free customer care telephone channels; arbitrary and confusing charges amongst others. A significant number of complaints received signifies that some of the activities of Multichoice in Nigeria are obnoxious and exploitative compared to how the service provider treats consumers in other countries. Nigerians must be grateful to CPC for standing up to defend their rights by seeking redress to obnoxious practices or unscrupulous exploitation. Irukera can be likened to an unappreciated servant whose work truly deserves our commendation and gratitude. With time, Nigerians will understand that he is fighting their battle.