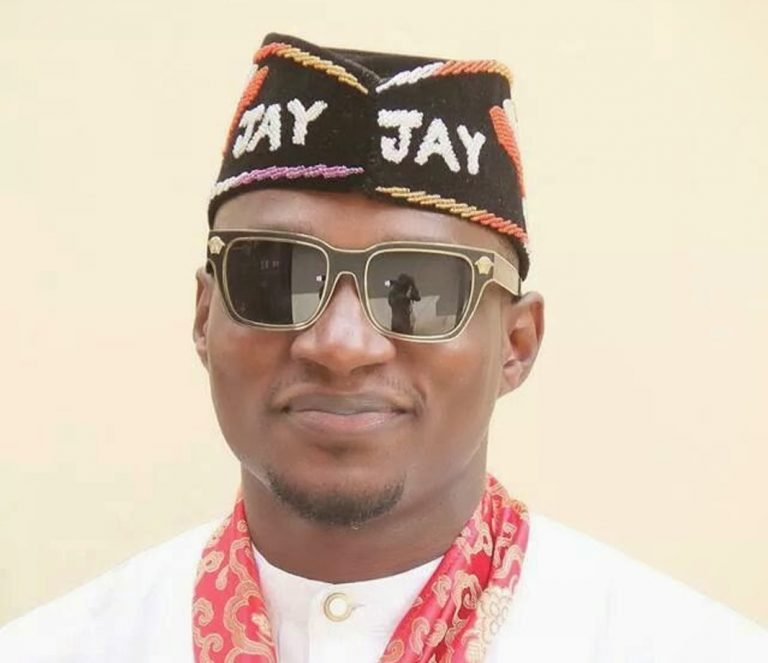 Ola Jimade has probably treated hundreds of persons in his career as a medical doctor. He had been operating like his colleagues: attending sick calls, and administering drugs to sick persons at  VitalCare Hospital, at 21B, Phase 3, Kubwa, Abuja, until Tuesday when the Kogi state indigene was declared wanted by the federal capital territory (FCT) police command for alleged criminal activities.

Since then, everything turned sour: patients — both admitted and outpatients — fled, staff were also nowhere to be found, while the hospital, said to have been founded by him, turned a ghost of itself.

And his crime? Jimade is alleged to be the leader of a syndicate group specialised in armed robbery and car snatching in Abuja. On Tuesday, the FCT police command paraded five members of his gang during which he was declared wanted.

The five persons, according to Sadiq Bello, FCT commissioner of police, are Sunday Okhomode, 30; Meshak James, 23; and Amusu Koku, 28(a painter said to specialise in changing the colour of stolen vehicles), Kunle Obajemi, 49, allegedly an expert in changing chassis numbers; and Suleiman Isa, 26, said to be a goldsmith who buys stolen jewelries from the gang.

The last straw that spoilt the show of the gang was a robbery at a house in Maitama in November 2017 during which they allegedly stole a BMW X6 vehicle, large quantities of gold and other valuables worth millions of naira. According to the police, investigations by the command’s special anti-robbery squad (SARS) later led to the arrest of the five suspects. The vehicle, as well as five other vehicles also allegedly stolen by the gang, were also recovered. Among the items discovered in the hospital, according to the police, were four pistols with eight rounds of live ammunition as well as a face mask 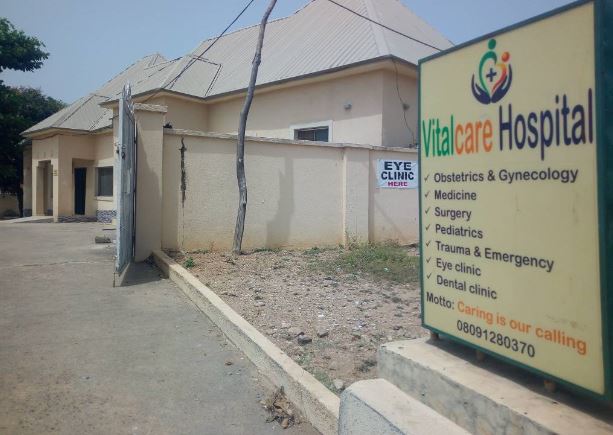 Deserted… entrance of the hospital

When the hospital was visited on Saturday, not a single person was seen within the premises.

The hospital block is made up of two apartments, one housing the reception, call room, drug stores, and while the other houses the casualty wards as well as some offices. The whole place looked ransacked, an indication that no major activity might have been carried out in the building since the search by the police.

TheCable could not reach out to the accused to hear his own side of the story. Some residents, however, confirmed that the hospital was deserted after Jimade was declared wanted.

“The place (hospital) has not been functioning for days. Aas you can see, nobody is there,” said the operator of a grocery around the hospital.

When asked if he has met the doctor in person, he retorted: “No o, I don’t know him. I’ve not entered the hospital before.”

A resident, who declined to disclose his identity, gave more details about the place.

“On Tuesday, we heard the police were looking for the doctor. I am not sure of his offence but people are saying he is a criminal. I visited the hospital once; I went to see a friend who was involved in an accident. I also met some nurses that day. I don’t know much about the place but no one would believe the man is a criminal.” 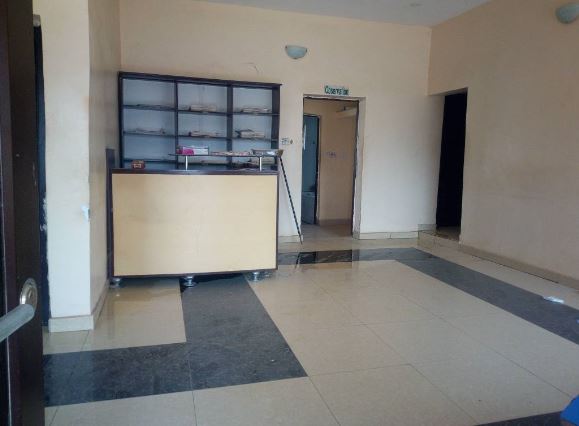 The reception… receiving no patient

‘HOW I WAS RECRUITED BY DR JIMADE’

At the time the suspected gang members were being paraded by the police, James, one of the suspects, said he worked in the hospital as a cleaner.

According to him, he “followed” the doctor as a result of the challenges he was facing, being stranded in Abuja.

“I was not robbing before, but why I decided to follow him (the doctor) was because he promised to rent a house for me and furnish it because I have no place to stay in this Abuja,” James was quoted as saying.

“I don’t have a family in this Abuja. I met him in his hospital. I worked there as a cleaner. I am facing some challenges which I always tell him. It is only me and him that went for that Toyota operation but I don’t know how many they were in the other ones they have been doing.”

AN ADVOCATE FOR COSMETIC SURGERY 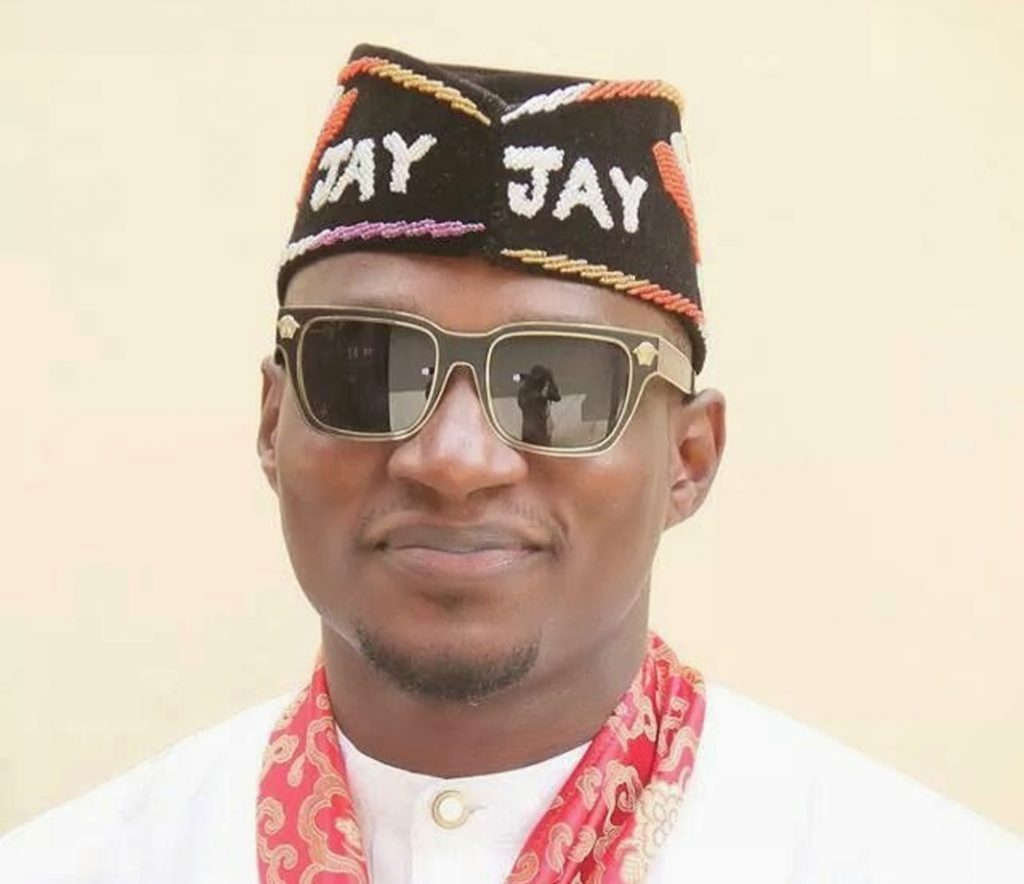 Not the Jay Jay we know

“Am I expecting the surgery to improve my social skills or job prospects? Can surgery really give me the look I want? Am I going to be happier with my looks? Can it solve my disfigurement problems?”

While some Nigerians are doubting the authenticity of the information from the police, others say it is “not surprising”.

For instance, Sunday Mba, a Facebook user, said there is a conspiracy against the doctor.

“This (the news that he was declared wanted by the police) is fake! Medical doctor owned a hospital at the same time an armed robber? Conspiracy somewhere at work. God please have mercy on us and our nation.”

His views were supported by that of Nnamdi Joseph, also a Facebook user, who said: “I can’t trust him but I feel maybe he is challenging other doctors and they set him up. Many doctors are on run now. Because of jealousy. Only God knows the truth. May God save us and allow our destiny to shine. Amen.”

But Ibrahim Bello said the doctor’s case is similar to that of the alleged billionaire kidnapper better known as Evans.

“This is not surprising,” he said, “We have a billionaire Evans, people with traditional titles that are experts and leaders in kidnappings and robberies.”

Efforts to get updates on Jimade’s case were unsuccessful as Anjugurijesse Manzah, spokesman of the FCT police command, did not pick calls or reply text message sent to his telephone.