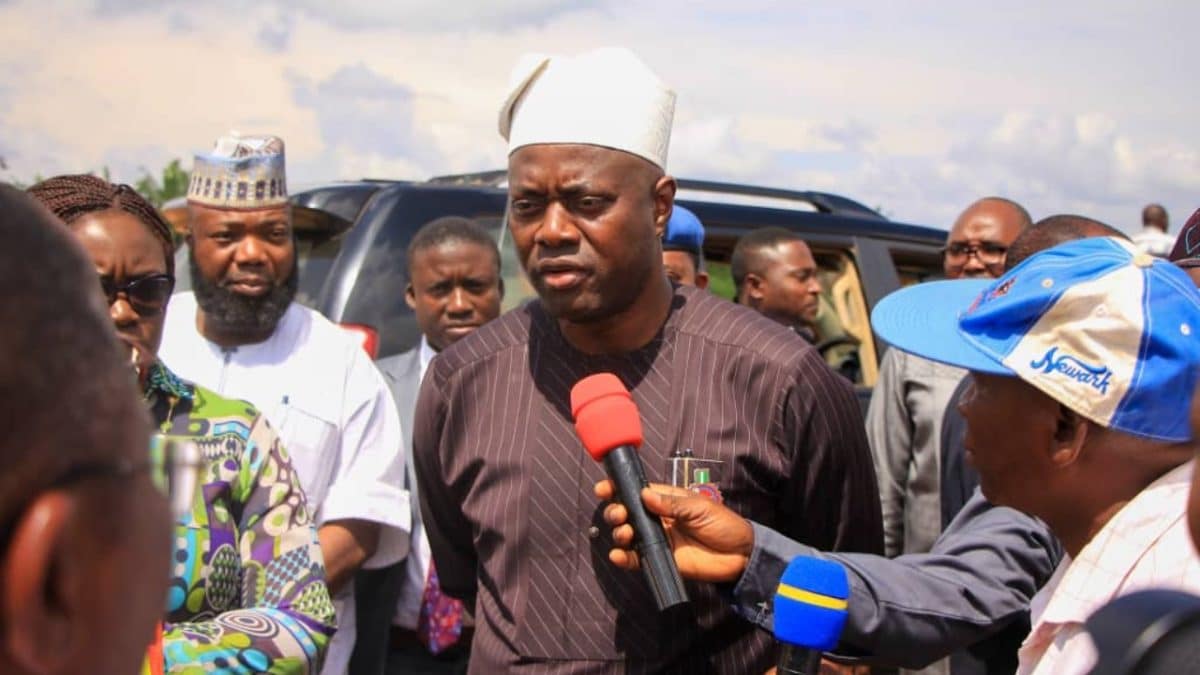 Makinde, who equally launched the State’s Security Code 615, declared that the welfare of security officials would be the top priority of his administration.

According to the Governor, with the launch of the sophisticated gadgets and communication tools in the vehicles, criminals would have no place to hide in the state.

He maintained that criminal elements in the State were in for a tough time, because the security agencies now had Oyo State covered in terms of communication equipment and other gadgets.

He equally tasked security officers to be ready and up to the task to combat crimes in the State.

“This administration is resting on four pillars and one of the pillars is security. We want people to come into Oyo State and feel secure. We want them to come in here, sleep with their two eyes closed.

“In furtherance of our administration’s vision for a safe Oyo State, we are here to launch these security patrol vehicles. The men are ready. They are no-nonsense officers and men. So, criminals are now in for it in Oyo State, if they ever try to come in here, I believe we are up to the task.

“I thank our service commanders for their cooperation for contributing the officers and men that will carry out this task to secure Oyo State for us. We have Oyo State covered in terms of communication, which is a new one. It means that no matter where in Oyo State, we will get criminals. I can’t wait to see officers chase criminals down the streets with the siren blaring because they now have everything that is required of them to do their job.

“I can assure the officers that their welfare will be the top priority for us. So, on this note, we will give the vehicles out and start looking at how the criminal elements will ‘pick race’ from Oyo State,” he said.

He added that Makinde had also approved the upgrade of communication equipment of the police to be able to reach the hinterlands of the State.

“One of the cardinal pillars of Governor Makinde’s administration is security and, in furtherance, it is your commitment that the security operation of Oyo State will be improved. Consequently, when you marked your 100 days in office, 100 motor vehicles were procured, among other things, to bridge the security infrastructure gap of the security agencies in Oyo State. In addition to that, some security equipment were procured, because, without the equipment, the vehicles won’t be useful.

“Also, the Governor has kindly approved that communication gadgets should be installed in those vehicles including the upgrading of the communication infrastructure of the Nigerian Police in the State to enable us to reach as far as Saki and our border areas, which the State did not have before. We are here today, Your Excellency, with all the enablement you have provided, including the light-up project that the State has kick-started, which also has an impact on security.

“The vehicles are ready for the operatives who will man them to be deployed to identify key areas in the whole of Oyo State.”

DisCos under attack as Senate probes power supply in Nigeria