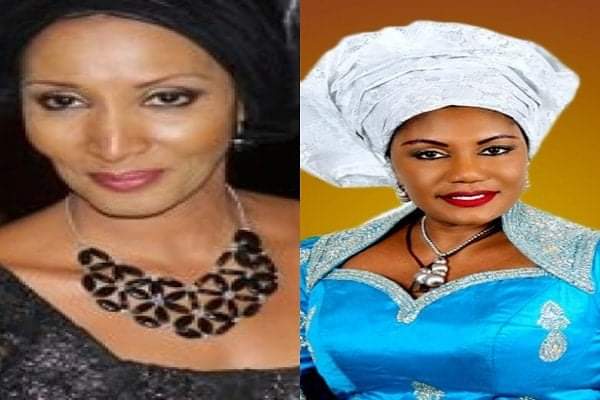 Wife of former governor Willie Obiano of Anambra State, Ebelechukwu Obiano and wife of the late Dim Chukwuemeka Odumegwu Ojukwu, Bianca Ojukwu were in the news recently after they fought at the inauguration of Prof. Charles Soludo as the new governor of the state.

Recall that the former First Lady consequently received a hot slap from Bianca, who revealed that Ebelechukwu left her seat and walked up to her where she was sitted to ask if she had come to celebrate their last day in office.

Reports reaching us however, indicated that following several backlashes on her as the former first lady of the state, Ebelechukwu has now tendered an apology.

She said; “Those who know me can testify that before and throughout my eight years as the First Lady of Anambra State, I pursued peace, promoted philanthropic gestures which empowered many of our less privileged people.

“No excuse can therefore be tenable as justification for such public embarrassment, no matter the height of provocation.

“Equally, I wish to extend the same apology to all the important dignitaries, the people of Anambra State, as well as the entire Ndigbo for that unintended embarrassment at the occasion.”

This came on the heels of a threat by a traditional ruler in Awka, Anambra State capital that Ebelechukwu Obiano must openly apologise for her action within seven days, saying that failure to do so could lead to grievous consequences.