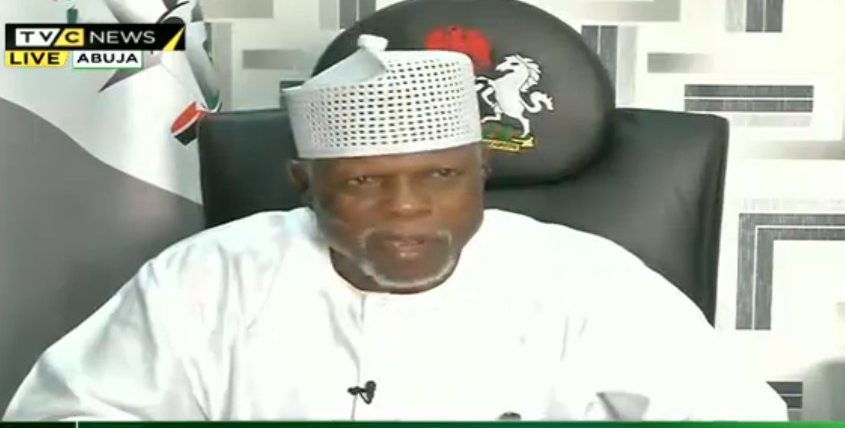 The Comptroller General of the Nigerian Customs Service, Rtd. Col. hameed Ali has said that he will honour the invitation of the Nigerian Senate next week as directed but not in the service’s uniform.

Speaking on Friday as a guest on the live breakfast show on TVC, the Custom boss said, he doesn’t know why the Senate is concerned about him wearing the uniform instead of his performance.

“I will certainly honor the invitation by the senate but definitely not in uniform. Is it the uniform that works,” Col. Ali said in response to a question on him wearing the uniform bearing the rank of the Customs CG.

“I don’t know why Senate is concerned about mundane things such as wearing uniform. Is it the uniform or the man wearing it that does the job?”

The Senate on Thursday had asked the CG Ali, to appear “unfailingly” in his “appropriate” uniform next Wednesday over the service’s action against owners of vehicles not duly registered with the service.

The Senate summon followed a motion by Senator Dino Melaye (APC – Kogi) who drew the attention of his colleagues to the refusal of the Customs to suspend the plan against vehicles without duty payment.

The Senate had on Tuesday asked the Customs to halt the action; but Melaye presented a report by The Sun newspapers on Thursday, reporting Col. Ali to have dared the Senate and said the Customs has its own rules which allow the planned clamp down.

But Ali, during the live television programme said all vehicles smuggled into the country with dealers at the moment had to go through right processes and be legalised so it can be sold to end users.

He said that’s why a grace period of one month for owners of all those vehicles in the country to perfect their customs duties between Monday, 13 March and Wednesday, 12 April.

“As a citizen if you know that your vehicle hasn’t been legalised, you can also take advantage of this window, and the duties of these smuggled cars have been reduced by up to 60% so it can be easy for the dealers,” Ali said.

He reiterated that the Federal Government has imposed orders against the importation of vehicles through land borders and the Customs is mandated to enforce this policy.

Ali then assured Nigerians that the government is willing and very soon there will be scanners at every approved border in Nigeria.

He also said the largest funds the Customs Service will spend in this year’s budget is on training and re-training of the service officers for optimal performance.